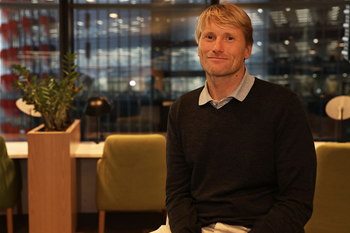 Westpac’s BT is modernising its Panorama financial planning platform by migrating it to run in the cloud, which should also make the platform easier to separate from the group if it is divested as planned.

In this week’s episode of the iTnews Podcast, Richard Holmes, CIO of Westpac’s specialist business division - the division set up to divest non-core banking assets - discusses the challenges of ring-fencing large IT assets and unwinding tight system integrations to prepare those assets for life outside of the Westpac Group.

“My role is fundamentally to get those businesses in shape, to take them through the sales process, obviously to run the IT in the meantime, but importantly, work through the separation options and how we would actually divest these businesses.”

One of the challenges of the role is to establish a clear perimeter of what is included with the divestment.

“From there, you're trying to work out how tangled you are within the Group and how much you need to segregate and segment,” he said.

How much IT moves to a new owner as part of a divestment depends very much on the new owner’s preferences.

“It's really about working through with the successful bidder and buyer what their target technology state is, and how you sequence the various data migrations and technology moves into their landscape to enable the go-forward business,” Holmes said.

Holmes has a particularly long history with BT Financial Group, which Westpac bought back in 2002. He joined not long after in 2003, working his way up to be its CIO, and more broadly CIO of the group’s wealth operations.

Preparing BT - and specifically the BT Panorama platform - for divestment is a major package of work that is currently being undertaken.

“We’re doing a lot of work defining the explicit perimeter, what's in the current state, and then thinking through how we would separate it from the Westpac group, and how we would ultimately carve that out,” Holmes said.

However, the focus isn’t just on being able to carve BT Panorama out of Westpac Group; a decision has been taken to modernise the platform ahead of divestment; in Holmes words, “doing somewhat of a transformation along the way.”

“If you take BT Panorama, what we'll be looking to do as we move it out, is rather than lifting and shifting from a Westpac data centre to another data centre [of the future buyer], we'll be looking to modernise the platform and take advantage of the cloud environment, which is the next evolution of the software for Panorama, and actually move it into the cloud as we move [it] out [of the Westpac Group],” he said.

There are IT and business reasons to do this.

On the business side, Holmes sees technological advances as necessary for Panorama to maintain its market position and meet growing competition from the likes of Netwealth and Hub24.

“You don't want to be standing still as you do these divestments,” he said. “You want to keep the business moving forward.

“We're privileged to have over $100 billion of our clients’ money that we're looking after, and we have relationships with over half of the financial advisors in the Australian marketplace. So it's really important that we continue to evolve the platform both for the financial planners and our end customers as well.”

On the IT side, migrating core components of Panorama to be cloud-based is beneficial because it will make any separation of the platform easier.

“From a pure technology perspective, what you're looking for is the fastest, lowest risk to separate, but that also enables the ongoing business strategy as well,” he said.

“If you can tick all those boxes, then you've got a winner.

“Cloud migration for Panorama is a winner. It’s the next evolution for the software, but it's also almost as easy from a timeline perspective to carve that out and move it into the cloud as it is to lift-and-shift it from one legacy data centre to another legacy data centre.”

Architecturally, Panorama comprises digital frontends and a core registry platform in the backend that is made by Swiss company Avaloq.

More recent versions of Avaloq are made to run in AWS, and the bank intends to use this to aid its own cloud migration of Panorama.

The pre-divestment modernisation of Panorama will help Holmes unpick some of the integrations and complexity of the platform, though there will still be considerable separation work left to do.

“Right now, if you were to take a look at the Panorama platform ecosystem, it's about 480 applications, and about 200 integration points [with Westpac Group systems],” Holmes said.

“If you did the target architecture for a standalone wealth management business [today], you're probably looking at about less than half that number of applications, and less than half the [number of] integration points.

“Obviously, Westpac acquired BT a number of years ago, and the strategy was to integrate banking and wealth and they were all very conscious integration points, really well architected and so on, but now that the bank has chosen to focus on its core domestic banking and businesses, we now need to go and unpick all of that.

“But that gives you a sense of it. It’ll probably be half as complicated once it's outside of the Westpac Group”.

Modernisation of the Panorama platform is likely to remove “circa 20 to 30” applications and integration points.

The effort is not just a cloud migration play; plans are also afoot to expand and enhance the platform’s data capabilities, and to build out more API capabilities as well.

The bank is also building in more straight-through processing capabilities into Panorama, again to make transacting through the platform, whether financially or to create reports, easier for all users.

Holmes said he is is “really excited” at the opportunity to define a target state for BT Panorama, and to execute on that ahead of its planned divestment.

“What I really get a buzz out of, though, is talking that through with my team and my engineering team, and just getting that sense of how excited they are as well,” he said.

“We're really excited about continuing to evolve and invest in the business and to build things out and then ultimately, take Panorama to where we believe it should be, which is absolutely the number one platform in the marketplace.

“We, as technologists, get a smile on our face when we can combine our love of technology with great feedback from the business and our customers about how they're using our technology as well.

“I think we've got a great opportunity to do that over the next 12 to 24 months.”