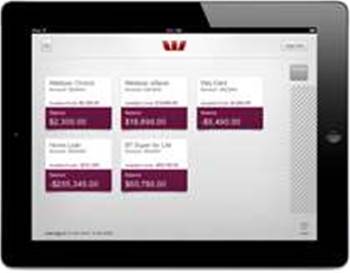 Westpac is taking a batch approach to migrating customers onto its new online and mobile banking platform, with 200,000 personal banking users using it since it went live late last year.

Westpac rolled out the new Fiserv-based frontend for its online and mobile banking systems to little fanfare last November.

The rollout began with a beta trial for around 4500 Westpac staff. The bank plans to roll it out progressively first to consumer, then business customers, over 12 months.

A spokesperson confirmed to iTnews the majority of consumer customers in Tasmania and South Australia had now been migrated to the platform as part of the progressive approach, which is understood to be operating on a state-by-state model.

Westpac’s general manager of online and mobile Harry Wendt said all 2.5 million Westpac consumer customers would be migrated by the end of the bank’s reporting year in September.

Business customer migrations will start after the consumer migration is complete, towards the end of 2014. Westpac declined to provide a completion date for the business user migration.

The bank currently has around 800,000 business customers actively using online and mobile banking.

At Westpac’s interim results presentation today - where the bank posted a 10 percent rise in first half net profit to $3.6 billion - CEO Gail Kelly said Westpac was aiming to be at the front of the mobile boom.

“It's actually quite amazing to see [this] quite spectacular uptake of mobile. The rate of adoption of mobile is quite extraordinary and really this is reflective of many industries around the world,” she told investors.

“So at Westpac we're determined to be front-footed and responsive and proactive in this regard leveraging digitisation, simplification and building up new capabilities to make sure that we can support our customers' needs as they evolve into the future.”

The online and mobile banking frontend will offer customers access to 'real-time' displays of account balances and credit purchases, search history for three years’ worth of transactions, and mobile access to statements, interest rates and tax information.

Customers can also change ATM limits and request mortgage top-ups through the system, as well as notify the bank of overseas travel.

The rollout of the platform falls under stage one of Westpac’s five-year strategic investments program (SIP).

Once Westpac completes its move to a new Fujitsu data centre in Western Sydney - expected to wrap up next year - the program will be predominantly complete.

Next on the list is processing systems. Westpac has previously announced plans to upgrade the Hogan core banking platform currently used by subsidiary St George to CSC's Celeriti successor, as well as upgrade its wealth platform and payments systems.

The first and second phases of the SIP agenda are both expected to cost $2 billion.