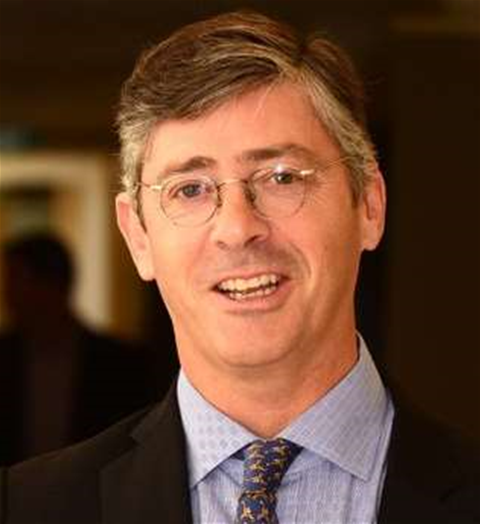 Westpac has hired SAP's global head of retail banking as ﻿its new chief technology officer, filling a position that had been left vacant for 10 months after former CTO Jeff Jacobs departed following an internal restructure.

The bank has also promoted CIO of retail, business banking and wealth Richard Holmes into a new general manager of infrastructure and operations position, also reporting into Curran.

It's Holmes' second promotion in a year - he was named into his most recent position in April, moving up from his former long-running role as BT Financial's CIO.

The creation of Holmes' new role has meant Westpac's existing head of IT infrastructure - David Simpson, who only joined the bank in April this year after being lured from Goldman Sachs - will depart.

Curran told iTnews the bank and Simpson had attempted to work through alternative opportunities, but after failing to come to a mutually agreeable decision, Simpson decided to move on.

"I'm disappointed at the loss of Dave, it's not a statement of his capability. I was in the position where I was able to have choice for the best player in the market."

He said no other positions would be impacted.

Wilson’s appointment as CTO marks the reintroduction of a long-dormant role, left unfilled since the January departure of Jeff Jacobs.

The bank has not, however, opted to reestablish the role in its previous form - Jacobs as CTO had performed a high-level strategy role, a function now filled by the CIO.

Wilson's role as CTO will see him focus predominantly on re-architecting the bank's systems of records, engagement and insight, as well as delivering on its planned "customer service hub".

The bank is likely to use its existing Oracle-based customer master database to form the basis of the so-called hub.

Curran said there was no agenda contained within his hiring of the SAP-skilled Wilson, and Westpac would continue to work with SAP as it would with its myriad other technology partners such as Oracle, IBM and CSC.

"I didn't start with 'I need someone with SAP skills'," he said. "I needed the best person in the market, and it wouldn't have been any different if he worked at another company.

"There's no statement in that as any intention with or without SAP. I remain totally committed to the things I've already spoken about.

"One thing that doesn't change is that even though the strategy at Westpac is different, the ability to articulate that in vision and architecture and execute on that with discipline is something I hold paramount, it's what makes things successful in large organisations' efforts to transform. Robert and Richard come with those skills."

Wilson will be based in Sydney and begin his role in January. Holmes starts his position today.

Two new roles up for grabs

Westpac has been undergoing a sustained period of internal restructuring to its IT leadership team over the past year, which kicked off following former CIO Clive Whincup’s departure.

The April reshuffle of technology executives which saw Holmes promoted resulted in the bank bestowing CIO titles on a number of divisional IT heads and creating a number of new IT lead roles.

Holmes will be replaced as CIO of Westpac's retail and business bank by CIO of banking systems Mike Wood. Westpac is now recruiting for Wood's former role.