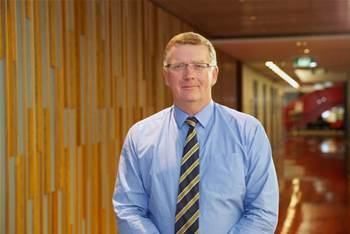 St George readies itself for move to Celeriti.

Westpac has finally bitten the bullet and commenced a long-awaited upgrade to its CSC Hogan core banking platform.

Unlike rivals such as the Commonwealth Bank and NAB, Westpac in recent years opted to focus on improving its customer-facing systems rather than undertake a large-scale overhaul of its core banking platform.

The aim was to work on projects that would provide recognisable benefit to the customer, and tackle the behind-the-scenes job once its Fiserv-based online banking front-end had been rolled out.

That project - alongside nutting out an Oracle-based 'customer service hub' - gave the bank some time to ascertain whether partner CSC was committed to Celeriti, the successor to the Hogan platform.

In 2013, CSC took its customers by surprise by announcing it would support SAP’s banking software, as well as its own.

But following CIO Dave Curran's appointment to the role last July, the bank said it had been assured that CSC was committed to Celeriti.

“I’ve spoken a number of times to the CEO of CSC and I’m absolutely confident CSC is totally committed to Celeriti," chief operating officer John Arthur told iTnews at the time.

The program will involve two releases, using CSC's accelerated upgrade process. The first will go live later this year, and the second is scheduled for mid-2016.

The first release will upgrade the foundation components of the core banking platform, and the second will complete the upgrade by shifting St George to the latest Celeriti versions of the deposits and customer modules.

An upgrade of Westpac to Celeriti will follow once St George is complete. The bank plans to apply learnings from the first shift to the wider upgrade.

Building out a central customer identifier

Lessons learnt from the St George upgrade will also help to inform the direction of Westpac's planned 'customer service hub'.

The hub will provide a single customer identifier sitting in the centre of Westpac's architecture, pulling together all the currently disparate business logic that has split across various systems as a result of the bank's rush to deliver new products to market.

The new approach to architecture will also plan Westpac's future core systems around the customer record rather than the bank's products.

Westpac will use its existing Oracle-based customer master database as a foundational component for the hub while Celeriti will act as a system of record for accounts. A standard set of APIs will mean the hub can interact with any application.

By the time the Celeriti upgrade is complete, the bank expects to be most of the way through its customer service hub program of work. It has tentatively forecast the hub will begin operating in the latter half of next year.

The more immediate priority is to map the bank's needs against what vendors have to offer.

Curran has previously said he would not task Westpac's developers with building out the hub's capability.

“We will architect and integrate this, but we don’t build this," he told iTnews last year.

“If you look at what’s coming out of Oracle’s Banking Platform or SAP’s banking suite and others, their architectures are actually fully aligned with what I’m talking about.

“So while we have not yet determined what the specific components or solution set is, we have determined that the market has moved to a maturity level where you can apply this thinking.”