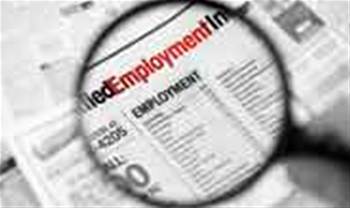 About 200 technology staff in Westpac’s service delivery applications team could lose their jobs before Christmas under a new outsourcing drive.

The ABS program was designed to augment in-house skills with the resources of key suppliers such as Infosys, TCS, IBM and Wipro.

But the bank has told staff this week that the model has since proven “sub-optimal” and that it constrained relationships with outsourcers.

It will be replaced by a program that outsources testing and build of applications and uses more managed services contracts to run and maintain them.

The memo advised staff that the strategy, architecture and design of applications would be outsourced. However, a spokesman told iTnews on Thursday that those roles would be kept in-house.

"I understand there was a typo which incorrectly referenced strategy, design and architecture roles as being part of the jobs in scope for outsourcing," she said.

"Strategy, architecture and solution design roles are not being outsourced - they will be kept in-house."

The transformation program was expected to run for 20 months and commence on 17 November, after a six-day consultation period with staff.

Westpac said its transition to the new model would take some time and require close cooperation with its international suppliers.

A spokesman for the bank told iTnews that about 188 roles would likely be affected by its proposed move to new sourcing arrangements.

“Earlier this week Westpac announced to staff that we were changing the way we outsourced some roles for Enterprise Testing Services in one part of our technology business,” she said.

“Where there are reductions in roles, we will use natural attrition where possible, redeploy employees to other roles, and reduce temporary/contract staff first to minimise the overall impact on our technology workforce.”

But according to the Financial Services Union, Westpac also planned to cut 69 contractor roles.

The job cuts announced this week could be the first of up to 2000 in the next year, a union spokesman said, quoting “public speculation”.

“There’s been a growing sense of job insecurity in banks; they’re constantly reminded that job security is at risk because of performance issues,” she said.

“[Westpac is] quite determined to embark on this outsourcing program; I think it’s going to be a trend because banks ... are in a race in terms of profitability.

“The general sense [from union members] is a lot of anger and disbelief that [Westpac is cutting jobs] at a time when the bank is most profitable.”

Last week, Westpac posted a record statutory net profit of $6.99 billion in the 12 months to September 30.

Outsourcing costs increased slightly to $592 million during the financial year. The bank also reportedly slashed 767 full-time jobs in that time.

The union said it would work with Westpac to negotiate any redundancy payments and redeployment of staff.

Edited on November 10 at 1.50pm. This story originally indicated that strategy, architecture and design roles would be outsourced. Westpac has since advised that those roles will be kept in-house.