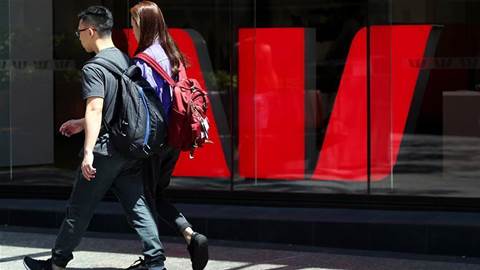 Podcast: After completing deployment to its branches last year.

Westpac has expanded a software-defined wide area network (SD-WAN) rollout to its corporate offices in Australia, with plans to also deploy the technology across its international offices next year.

In this week’s iTnews podcast, the bank’s head of workplace services Paul McKenna provides an update on the SD-WAN deployment effort, and details a mobile, digital-first phone system that has been deployed to Westpac’s branch network.

As reported exclusively by iTnews last week, the bank equipped over 5000 branch office staff with iPhones and Microsoft Teams Calling in place of the PABX or dedicated VoIP systems previously used to receive or make calls.

The project was, in part, enabled by a series of foundational network upgrades in the bank’s branch network over the past year, which included connecting them to NBN fibre, upgrading in-branch wi-fi, and putting all branches onto an SD-WAN in what was described at the time as an Australian banking first.

McKenna told the iTnews podcast that the SD-WAN deployment is now being expanded to the bank’s corporate offices.

“We have commenced the roll out of SD-WAN in our corporate sites and will start deployment in international offices next year,” he said.

“We're 70 percent of the way through the corporate building deployments, which will be completed in November, and then we're going to move on to the international deployments next calendar year.

McKenna sits in the bank’s digital workplace services domain, which has become a ‘nerve centre’ of sorts during the pandemic, bearing responsibility for the hardware and software that is keeping employees connected and productive.

“Digital workplace services encompasses everything from laptops to mobiles and virtual desktops to remote access and collaboration tools,” he said.

“I also run the contact centre platforms, which [represent] another element of collaboration with our customers.

“The idea of the portfolio is that the full collaboration suite is in one spot.”

McKenna said that digital workplace services had “really ridden the changes” in ways of working over the past two years, driving the bank “several years” forward in its capabilities in a short time.

“The remote working change has been key, and driving that adoption and supporting the business through that has been great,” he said. “It’s been really satisfying.”

McKenna said that the bank’s collaboration environment is “ever-evolving”, with future emphasis being placed on enabling smoother video-based interactions.

“There's obviously still a preference for voice [based interactions], but sometimes you want to step up to a video Interaction, and I feel like that shift is going to continue to be the way forward,” he said.