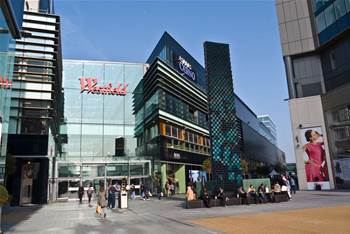 Lease holders for retail outlets in Westfield centres across Australia will take part in an eight-week “live pilot” of a blockchain-based platform for managing bank guarantees.

The system has been under development by a consortium of major players - ANZ, CBA, Westpac, Westfield owner Scentre Group, and IBM - since at least mid-2017.

Back then, IBM said that a proof-of-concept that “digitised the bank guarantee process used for commercial property leasing” had been realised.

A white paper describing the process was also released.

The initial proof-of-concept was about technical feasibility; two years down the track, attention is now on proving out the commercial feasibility of the technology.

All five major players have now formed a jointly run company, Lygon 1B, to run the blockchain-based platform, which is called Lygon.

It will now also progress to a live pilot.

“The pilot will run for eight weeks with live data and transactions for a test group of retail property leasing customers from 3 July,” the companies said in a statement.

“The pilot will involve lease holders with retail outlets in some of Scentre Group’s Westfield [shopping] centres across Australia.

“After the pilot, Lygon intends to offer access to the platform to all issuers, applicants, and beneficiaries and support broader use cases over time.”

The companies involved said that Lygon “has the potential to reduce the time it takes to issue a bank guarantee from up to a month to on or around the same day.”

That would help retailers secure commercial tenancies faster, but the banks involved also hope to “reduce the risk of fraud across billions of dollars guaranteed by the banks.”

“Additionally, retail landlords will benefit from managing their outstanding guarantees in a secure, transparent and auditable manner.

“While the live platform will benefit retailers with rental bonds, we see the platform eventually supporting all types of bank guarantees and therefore benefiting the wider community.”