Westfield tests out beacons with CommBank 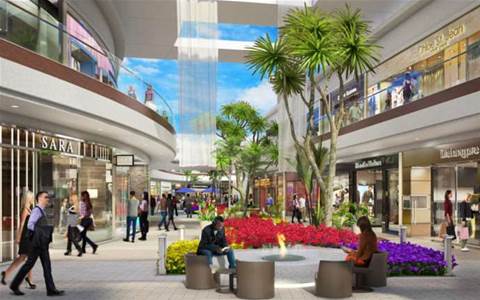 Westfield will trial a location-aware special offers app developed by the Commonwealth Bank which interacts with beacons inside its shopping centres later this year.

Westfield parent Scentre Group will be the first company to use the Commonwealth Bank’s new Offers app, launched today.

The app is now available on Android devices and will land on iOS at a later date, CBA said.

It's part of an effort to expand the bank's digital wallet offering - the app will sense when a shopper enters a Westfield centre and push them "tailored" offers from retailers on their device. The service is optional.

Earlier this year Scentre launched a new digital advertising screen network across 27 of its national centres.

General manger of sales and marketing at Scentre, Bill Burton, told iTnews the rollout of beacons was part of a broader strategy of updating the brick-and-mortar retail experience.

“Down the track, we want one seamless journey for our shoppers,” Burton said.

“So we want to know who they are throughout their journey. [But] we’re not going to just start pinging people left, right and centre.”

Aside from its ongoing technology R&D partnership with the Commonwealth Bank, Burton said Scentre utilises a technology “coalition” with Westfield Group in the US to get it towards its goal of being a modern, technology-enabled facilities operator.

"We have a combined roadmap where Westfield Labs is our glue," Burton said.

"And we make everything open sourced [internally] so everything can be used together. So in this market, our leadership is in the smart screen network, ticketless parking, gift card platforms, and wi-fi.”

According to Burton, rolling out a location-aware app in a suburban shopping centre has proven to be a more difficult technical challenge than many might appreciate.

"Tragically, GPS doesn't work well in our big concrete buildings, so there’s a lot of stuff we have to do to get to get that blue dot to appear for our shoppers,” Burton said.

"We were rolling our smart screen network out in March of this year and we utilitsed that as an opportunity to get [beacons] into the machine. At the moment, we have we're taking a slow listen-crawl-walk-run approach with that."

Outside the location-aware app push, the shopping centre operator is working with other technology partners in creating its broader IT strategy.

“We launched ticketless parking with Miranda, which is a frictionless parking system, through to our gift card platform, smart screen network, wi-fi networks," Burton said.

“There’s a lot of very hard work going on around the place to bring these things together, but there’s no use having these things unless we can get shoppers to enjoy them, and drive sales to our retailers.

"Last year, we did a lot of work with the Commonwealth Bank on payments in food courts, the last bastion of cash payments in our portfolio, and seen a massive uptake of tap systems in our food operators, which are the lifeblood of our business."