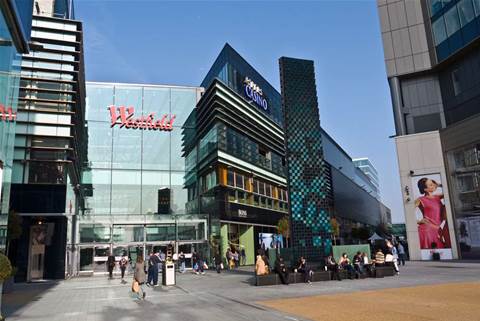 The new division, dubbed Westfield Labs, is tasked with developing new technology partnerships and products for customers and retailer tenants.

It launched last week with seven staff – including coders, designers and project managers – and is expected to use the Westfield San Francisco Centre as its sandbox.

Westfield’s chief digital officer Kevin McKenzie said the San Francisco lab is an “amazing opportunity” for the group to build and test products with a technology-savvy audience.

The group said it attracts 1.1 billion visitors each year, generating more than $40 billion worth of sales for retailers in its 109 shopping centres around the world.

Two thirds of Westfield visitors own an iPad, 49 percent own a smartphone and 62 percent engage with social media applications, including Twitter and Facebook, on their smartphones.

“It’s typical now that people want things on demand,” McKenzie said. “Our focus is to figure out how we can intuitively connect them with our retailers while they are in our shopping centres.”

Australian retailers including Myer and David Jones have been developing technology to address a growing preference among consumers for online shopping.

By Christmas, David Jones sought to adopt a ‘multi-channel’ model that will allow customers to shop, receive and request to return items seamlessly whether online, over the phone, or in physical stores.

David Jones customers will also be able to post items to wish lists and share their list of purchases with their contacts, generating data that could allow the retailer to offer targeted deals and tap into social media marketing.