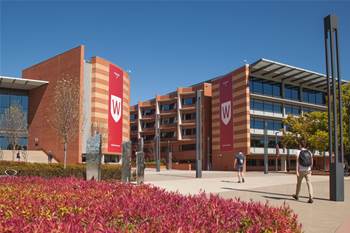 As it accelerates its digital transformation agenda.

Western Sydney University has split its head of IT role into two separate positions, resulting in a dedicated executive resource to focus on the institution's digital transformation.

The university's chief information and digital officer (CIDO) of more than 10 years Kerry Holling is moving into what he described as a "CDO/CISO role".

Holling will oversee an acceleration of the university's digital transformation agenda as well as its cyber security strategy.

The IT portion of Holling's former role has been carved out into a separate chief information officer (CIO) role filled by Daniel Saffioti, who - until recently - had been deputy CIDO.

Saffioti will now be responsible for “all aspects of IT operations, service and project delivery", a Western Sydney University spokesperson told iTnews.

“This change allows Kerry to bring a higher level of focus to that [digital] domain,” the spokesperson said.

“It also acknowledges the role that Daniel has been performing over the course of the last six months whilst Kerry was focused on both the implementation of the new student management system and crafting the digital agenda.”

As both Holling and Saffioti “work extremely well together” the university decided “it made sense to split the previous CIDO role into these two positions given the added executive attention needed to further transform IT at Western Sydney University.”

“We are in a position to build upon our past successes but also accelerate our digital transformation.”

“It signals an even more assertive posture when it comes to leveraging the benefits that technology can deliver, building upon the successes that have already been achieved.”

Western Sydney University's spokesperson added that Holling's new role will now also support a “move and Improve” phase of the new student management system transition” which was launched October 2021 and allows the university to better manage the student lifecycle.

Holling said via LinkedIn that “it has been my great privilege to serve Western Sydney University as the head of IT for over 10 years.”

Saffioti said in his own LinkedIn post that he is “grateful for being appointed into the CIO role" and is “pleased to continue working with [Holling] into the future.”

Saffioti first joined the university in 2015 a solutions architect and engineer, taking on various technology roles before landing the deputy chief information and digital officer role in 2021.