Welcome to Town Hall TV ... but will anyone actually watch mandated council webcasting? 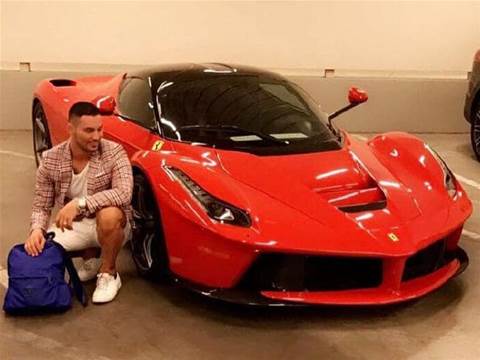 There's an old saying that the two things the public don't really want to see being made are law and sausages, but in NSW its all systems go for the new reality genre of Town Hall TV.

(We'll get to the sausages at the end, stick with us.)

In a fortuitous boom for the video systems industry, a new mandate from the NSW state government to make local government more transparent and respectful will force local council meetings to be webcast.

It's a gutsy move by the NSW Local Government Minister Gabrielle Upton, but it's already raised the hackles of councillors who argue they have bigger fish to fry.

The great webcasting decree comes by way of a Model Code of Meeting Practice now being developed by the state to make council proceedings in the 128 local government areas more uniform and open to members of the public - without the public having to rock up at chambers.

The big bet is that Town Hall TV will prove such a reality genre hit with the community that people will tune in by the thousand and collectively shame councillors into good behaviour.

At least that's the theory.

Or a lurid dream from a Google Public Policy hackathon hoping for a total community hangout.

Besides, it's not like the NSW government has every underestimated the unintended consequences of bold reform experiments before. Note the smooth transition of council mergers and the high levels of positive engagement around greyhound racing reforms. OK, maybe not.

Still, Upton is quite upbeat that Australians really do want to see more micro-politicians strutting their stuff.

“If it’s good enough for federal and state MPs to go live to the nation, then there is no
reason why local councillors should be exempt,” Upton said in a statement. It's certainly working in Canberra.

Just imagine the possibilities though: Game of Thrones, Auburn City Council style... there is a magnetic attraction.

The new code states any councils and committees who are not already webcasting open meetings will need to start hosting either video or audio recordings on their sites within the next 12 months.

That timeline will please video system distributors, though the new buyers of the systems might need some firming up.

Always the spoilsports, LGNSW reckons council priorities should be mitigating drought conditions affecting every local council and the growing dilemma of China’s ban on importing waste for recycling.

They've also raised the rather awkward issue of the NBN, or the lack thereof.

“In a time of state-wide drought, councils are working hard to focus on delivering infrastructure and services to their communities, not minutiae about meeting procedure,” LGNSW president Linda Scott said, adding that webcasting is just another cost put onto councils by the state.

“In our regional and remote areas, mayors and councillors have expressed concern that costly compulsory webcasting will be introduced into areas without any internet access because of federal government failures to deliver the NBN.

“This is another expense that leaves councils no choice other than to raise rates or divert funds from existing programs to make webcasting happen,” she said.

Upton, however, is resolute and wants as many residents and ratepayers as possible to be able to follow their decision-making processes.

She has more reforms too.

Other measures in the new code to make meetings more transparent and respectful include optional time limits on meetings, a five-minute limit on councillor speeches, uniform rules of debate, and limits on mayoral minutes.

While LGNSW has said this amounts to an attempted “crack down on what democratically elected mayors and councillors could and could not discuss,” Upton said the new measures are the result of “too many instances where Mayoral Minutes have been used to bring
issues to the council without proper notice”.

(And now, as promised, to the sausages.)

Upton may have a point, given council discussions can sometimes be derailed by heated arguments over type of snags bought for community barbecues, aka 'Sausagegate.

Even if the time limits don’t streamline proceedings, at least any future spats will be caught on film and can only be disposed of in accordance with the State Records Act - or go on YouTube. Or be made into attack ads and fake news. We just can't wait.