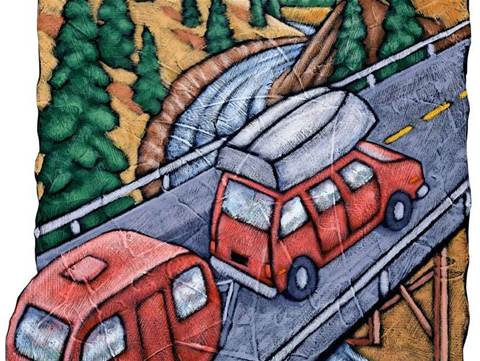 It was a week where prosumers tried to drive the technology agenda with CES and Macworld, forcing the enterprise into the backseat. Lucky enterprise techies know a thing or two about backseat driving.

It was always going to be a difficult week for the enterprise to compete with the flashy gadgets released at two of the world’s largest consumer and ‘road warrior’ user-type events.

We imagine few readers would turn down an opportunity to play around with one of those cool new LG watch phones – and the new Palm Pre and Sony mini-laptops aren’t half bad either.

Sadly for the CIOs amongst us, these are all devices you won’t own this year – if you listen to Gartner that is. The analyst firm this week advised of a need for CIOs to lead by example rather than exception when it comes to new tech purchases on the company dollar this year.

Happily for CIOs, Gartner also gave you permission to make vendors squirm (perhaps even more so than usual) – by taking them out to a chain restaurant to talk ‘value optimisation’ rather than accept their junket offers.

In other news, Microsoft may also have come to the value optimisation party this week, too, with the missing link in its server virtualisation offering finally realised.

That many have been sweating on live migration functionality in Hyper-V is a bit of an understatement.

It provides a tantalising option for virtualisation users – potentially a new road if your main reason for bypassing Microsoft virtualisation was lack of live migration functionality.

Also on the road less travelled, Skype gave Mac users the ability to put their call credits to pay for per-minute access to around 360 wireless hotspots in Australia – and tens of thousands more worldwide. We'd contend this option is perhaps a road less travelled because we'd question how many mobile Skype users rely on hotspots rather than their own 3G card when they roam. Oh well.

And of course Satyam took a road that no-one wants to travel by revealing a US$1 billion corporate governance black hole that has rocked the offshore outsourcing sector. It has left customers like NAB and Qantas examining other routes for their IT services needs, and put the potential takeover or separation of Satyam firmly on the map.

In contrast, the road to solid state drives (SSDs) was gridlocked for most of the week, as Sandisk, Samsung and Kingston all put offerings on the table. It was predicted that 2009 would be the year for SSD – looks like one prediction that is already coming true.

So despite a prosumer technology traffic jam this week, enterprise kit still managed to occasionally overtake and drive this week’s tech agenda.

Or maybe we've just managed to spin it so all roads lead to the enterprise. Either way we're happy!
Got a news tip for our journalists? Share it with us anonymously here.