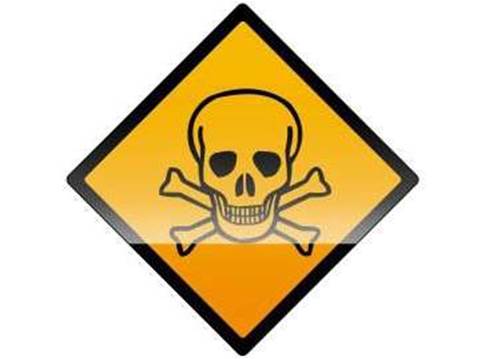 The U.S. Consumer Product Safety Commission (CPSC) lacks the budget, authority and expertise to ensure that nanoproducts are safe, a nanotechnology watchdog has warned.

According to a new report by the Project on Emerging Nanotechnologies (PEN), the CPSC is ill-equipped to regulate products that are on the market currently.

The CPSC is a U.S. federal government agency that is responsible for protecting the public against unreasonable risks of injury or death associated with consumer products.

Among the 15,000 consumer goods that fall under the CPSC’s jurisdiction, nanotechnology has been found to exist in product categories such as toys and baby products, sports equipment, clothing, electronics and computers.

“The agency lacks the budget, the statutory authority and the scientific expertise to ensure the hundreds of nanoproducts now on the market are safe,” said Felcher, who is an adjunct lecturer in Public Policy at the Harvard University’s Kennedy School of Government.

“This problem will only worsen as more sophisticated nanotechnology-based products begin to enter the consumer market,” she said.

The report, titled The Consumer Product Safety Commission and Nanotechnology, comes on the heels of new U.S. legislation that eliminates lead in toys and either permanently or temporarily bans six types of phthalates in children's products.

Phthalates are a broad family of chemicals primarily used to make vinyl soft and flexible and are found in thousands of products including toys, garden hoses, construction materials, flooring, automotive interiors and medical devices.

PEN has blamed the recall of millions of lead-coated toys on a failure on the part of government oversight and the CPSC.

“During the fall of 2007, many Americans faced a hazard in their products that had been banned for 30 years -- lead,” said PEN Director David Rejeski.

“The CPSC, the agency primarily responsible for the oversight of these toys, was stretched too thin from years of neglect, underfunding and the challenges posed by an increasingly global manufacturing system,” he said.

“It is against this background that we need to ask the question: Is the CPSC adequately prepared to deal with nanotechnology?”

The new PEN report draws several comparisons between the issues raised by phthalates and nanomaterials.

Products such as infants' pacifiers and teething rings, which were found to contain phthalates, are now being made with nanomaterials, the report points out.

Also, both phthalates and nanomaterials can enter the human body through multiple pathways, such as the lungs or digestive tract.

Furthermore, jurisdiction over phthalates in the United States, like jurisdiction over nanomaterials, is spread over multiple agencies, including the Environmental Protection Agency and the Food & Drug Administration.

Unlike the widely-studied health effects of phthalates, however, little is known about possible chronic hazards associated with nanomaterials.

The report claims that nanomaterials are scientifically far more diverse than phthalates, which increases the complexity involved in understanding their toxicology.

“It took decades of research before lawmakers found the political will to keep lead and phthalates out of toys,” Rejeski said.

“It could take a very long time to research and ensure that potentially dangerous nanomaterials are kept out, too.”

PEN recommends that companies and industries that are currently manufacturing nanoproducts by identified so that their research studies and risk assessment data can be monitored.

Other recommendations included in the report are: building the CPSC’s nanotechnology knowledge base and expertise; and increasing the CPSC’s authority via an amendment of the Consumer Product Safety Act.

PEN also is encouraging Congress to adopt a section Consumer Product Safety Act bill, which would give the CPSC the authority to promulgate safety standards for consumer products based on new and emerging technologies, including nanotechnology.
Got a news tip for our journalists? Share it with us anonymously here.