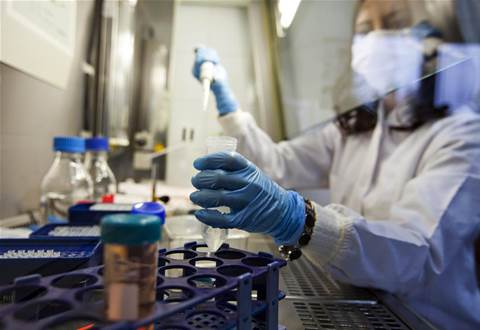 Western Australia’s public pathology service PathWest has been blasted by the state’s auditor for the late-running and over budget overhaul of its legacy Ultra laboratory information system (LIS).

The delay is also risking “potential system failure” with PathWest’s existing legacy LIS, which reached end of life a year before the replacement system project began in 2014.

The state’s auditor-general said [pdf] on Wednesday that the project would be two years late and almost $24 million over budget when the system is finally deployed in April next year.

But “poor budgeting and tracking” during the first four years of the project meant that figure could be somewhat higher.

“PathWest expects the LIS replacement will be 2 years late and cost $50.5 million, an increase of more than $23.7 million against the original approved budget,” the audit initiated at the direction of the health department states.

“However, PathWest cannot confirm the precise cost of work carried out before 2018.”

PathWest, which conducts around 16 million pathology tests across the state’s public health system each year, has been trying to replace is legacy Ultra LIS since a 2011 review [pdf] found the system was expected to reach end of life in July 2013.

Ultra was first introduced in 1994 to order tests, track specimens, prepare and deliver reports and manage billing. and has undergone a series of alterations over the last 25 years to ensure it remains fit for purpose.

The pathology provider began its overhaul of Ultra in 2014 after receiving $29.4 million for a new system. It selected US firm SCC Soft Computer to replace the system in 2016, according to PulseIT.

However, as the audit points out, the project was plagued by “major problems” from the get go, with “PathWest significantly underestimated the effort and cost of its own staff working to customise the new system”.

Issues included limited oversight from the North Metropolitan Health Service, as well as “weak project governance and reporting, an inexperienced management team and insufficiently detailed planning that underestimated the risks and complexity of the project”.

“Together these resulted in inaccurate project budgets, inadequate reporting to senior management and delays,” the audit states.

This led the state’s Department of Health (DoH) to review the project in August 2018 after the May 2018 go-live date was delayed several times and, ultimately, appoint a new project management team after “serious” project governance issues were uncovered.

The audit also said problems with the projects stemmed from “how DoH oversees ICT across the health sector”, with no "comprehensive oversight framework" in place to address IT project risks.

“This is a significant shortcoming. It meant the DoH did not fully understand the comparative risks and resource needs of the LIS project,” the audit states.

The audit has recommended PathWest continue to follow new project management, monitoring and reporting processes introduced as the "reset" of management, while DoH introduce a standard risk assessment framework for all WA health IT projects, both of which have been agreed to.

While the project is now on track to be delivered in April 2020, the audit notes that continuing to use ULTRA well beyond it intended life is risking “increasing the risk of vendor support becoming unavailable and potential system failure”.

"The delay in replacing it means PathWest must accept these risk for longer than planned," the audit states.

The report said that although the system “continues to meet PathWest’s primary needs”, the legacy LIS has “several technical weaknesses".

"Some of these limit the entity's ability to monitor and assess issues with ULTRA, and with staff accessing the system," the audit states.

"These are not new, and have not increased over time, but PathWest must still manage the risks until the new LIS  takes over."

System outages are also a concern for the system, with "52 priority 1 and priority 2 incidents" occurring between August 2016 and February 2019. This resulted in 30 hours where the system was unavailable and 58 hours where it was not fully functional.