Warmest 100 even hotter than forecast 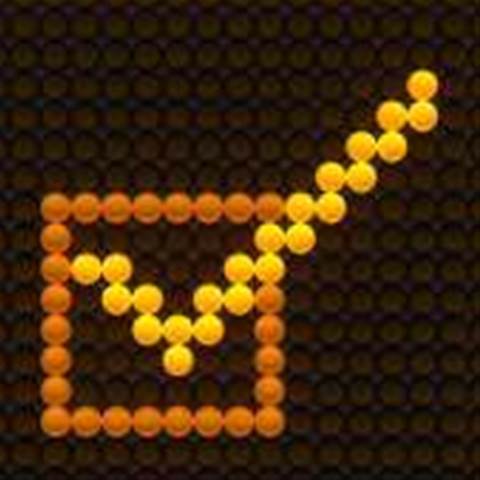 How data analysis spoiled one of the world's largest song contests.

Nick Drewe, an online marketer from Brisbane, got the last laugh tonight after he successfully predicted the Top 10 songs voted in Triple J's Hottest 100 by analysing data from 35,080 votes published on social media.

Two weeks ago, Drewe announced that he felt confident he could predict the outcome of the Hottest 100, which attracts a whopping 1.5 million votes from Australian music lovers. His Warmest 100 website became a much-discussed hit, attracting 75,000 unique visitors within 24 hours of launch.

Drewe's predictions rattled broadcasters and bookmakers alike - the latter halted all betting on the Hottest 100.

All 10 of the top 10 songs were predicted, five at the correct ranking. 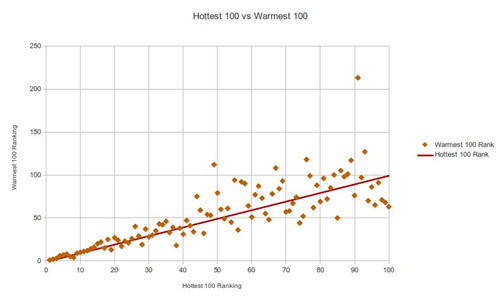 The first few results announced had caused some doubts, but by late this evening it became clear the analysis had been wildly successful.

“It could barely have gone better,” Drewe said after the number one song was announced.

“Earlier in the day, as the first few songs were announced, people were saying things on Twitter like ‘Warmest 100, more like Coldest 100’, but up by the time we got to number 30, the feedback online was mostly positive,” he said. “People got more excited as the day went on.”

How did he do it?

Radio broadcaster Triple J used social media to promote the annual music countdown. Participants could share their votes by posting to sites such as Twitter, Facebook and Pinterest using a button on the Triple J voting site. The resulting post contained a link to that user’s unique vote page, showing all ten of their votes.

Drewe first had the idea for The Warmest 100 when he noticed the URL of shared votes contained a unique identifier. He then used the search mechanisms of the various social platforms to see how many votes he could find. “Facebook Graph Search wasn’t that useful,” he said, “I got 80 percent of the votes from Twitter.”

It was then just a matter of collecting as many links as he could and visiting the resulting page on the Triple J website to scrape off the votes.

“I used a plugin called iMacros for Firefox,” Drewe said. “People have since said I could have used a script in Perl or something, but I just used the tools I use every day.”

The votes were saved into a simple spreadsheet, and then tallied up. Nothing more sophisticated than a simple count was used to analyse the results.

It was Drewe’s colleague Tom Knox, previously of music discovery site We Are Hunted, who had the idea of putting the list up on the web. The punningly named Warmest 100 site was then built using Wordpress hosted at HostGator. Drewe used a simple theme with each song as a post, adding widgets provided by YouTube or Soundcloud to allow visitors to listen to each song.

Friends Jack Murphy (designer) and Andy Thelander (developer) chipped in with free time to come up with the second round design for the site, which went live just prior to the official countdown. The replacement design made use of a new user-interface to improve the page-loading experience for users.

It was only after the story broke on music website TheVine that others waded in with more sophisticated analyses. Professor You-Gan Wang, Chair of Applied Statistics at the University of Queensland, confirmed that the sample size was large enough to predict perhaps 90 of the predicted songs that would ultimately prove to be in the official list.

Then David Quach, an Australian economist and MATLAB developer with Supported Intelligence in Chicago,also performed some statistical analysis on the data, which Drewe shared with him. Quach used a statistical technique called “bootstrapping” to analyse the potential accuracy of the sample data. He predicted that the number one song was 83 percent likely to match The Warmest 100 prediction.

The Warmest 100 team now expect their success will be a one-off - it will undoubtedly impact what access  Australia's public broadcaster will provide to voting information.

“There’s some pressure on us to back it up with something," Drewe said. "But we have no specific plans.”