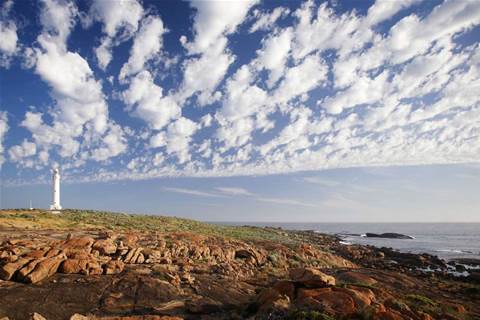 Western Australia is suffering from a chronic shortage of skilled IT staff, as chief information officers desperately seek candidates with a mix of technical and interpersonal skills.

Universities in WA’s capital of Perth have recorded falling enrolments for computing and information science courses.

Local recruiters and employers, meanwhile, complain that those exiting these degrees often lack the language and other interpersonal skills to become effective team members as IT roles blur with business functions.

“There is absolutely no question there is an ICT skills shortage,” says Gary Trinder, CIO at Edith Cowan University, citing requirements at Serco’s IT outsourcer British Telecom to hire another 150 IT staff and an oil and gas firm requiring an additional 60 in the next 12 months.

The tyranny of distance

Western Australia boasts ten percent of Australia’s population, and has been credited as one of the engine rooms of the Australian economy during the global financial crisis. But the state’s ICT workforce represents only 6.7 percent of the nation’s ICT sector.

The West Australian Government has no central office for driving the local ICT industry or making better use of technology. And most large Australian organisations have centralised IT functions in the eastern states.

“There is a pent up demand [in other states], but nothing like the situation here, where we are forced to bring people in on 457 visas,” he told the ACS’ West Australian Branch conference.

“It’s a situation where there are more vacancies for ICT staff in the resources sector than there is for engineers.”

Western Australia is excelling in the high performance computing arena in a bid to host the SKA (Square Kilometre Array) project. And Perth could lay claim to being the centre of the world for developing software for the mining, oil and gas industries, Ellis said.

The problem is a huge spike in demand for ICT skills driven by what the state’s politicians call Western Australia’s “resources expansion”. (Calling it a “mining boom” might suggest there is a bust to follow.)

“Previously, the mining oil and gas industries didn't invest much in ICT, as it wasn't of prime importance to them,” Ellis explained.

“If computers failed ten or fifteen years ago, maybe [the mine] couldn't get spare parts out of the store, or maybe people might not have been paid as quickly. Now that has changed. Now the ICT infrastructure in mining, oil and gas companies is absolutely critical to the way they operate. They simply cannot operate without it.

“That is a big reason we have this huge skills shortage looming up, there is significant demand within those companies for ICT people.”

Michael Scott, a director at Deloitte Consulting in Perth said that “all major and mid-tier resources firms" had large IT capital-intensive plans in the next three to five years.

“They are facing a massive capability and skills shortage” across the board, he said.

Those firms have spent large sums of money building out scheduling systems and automation capabilities to reduce dependence on flying in labour – investing in any system that can “get as many tonnes out the door as possible”, he said.

Their projects have swept up project managers and other skilled IT staff from the clutches of competing industries, he said.

ASG, one of the primary IT service providers to the Western Australian Government, has found it difficult to find skilled, dedicated, full-time workers.

“At the interview stage, a skilled candidate tends to already have two or three offers on the table,” said Martinette Van Vuuren, recruitment manager at ASG.

“But the nature of our business is to hire permanent staff.  We are hiring to fulfil managed service contracts – for roles in which our staff closely partner with the client.”

So where are the next generation of IT workers going to come from to meet these demands?

Not the universities, according to employers and recruiters on an ACS panel.

After 18 years in IT recruitment in Western Australia, Talent International general manager Lincoln Campbell said there were issues with both the quantity and quality of computer science and information science graduates.

Many universities have found it more commercially attractive to lure overseas students to pay higher prices for IT courses, as opposed to training local students with a higher likelihood of remaining in Western Australia for their career.

“It is a concerning trend in terms of quality and quantity of graduates coming out,” Campbell said. “The numbers are on the decline, and a larger part of those grads coming out are on student visas, often with English as a second language.

“In my experience with recruitment over 18 years, I am yet to see a graduate without good interpersonal skills get hired, irrespective of their academic results.

“We need to have graduates that are eligible for working rights, with better presentation skills. Our industry is dependent on group activity - it's a sticking point if they can't articulate at interviews. The question is: who takes ownership of that?”

Some organisations have taken to bringing in foreign labour on 457 (temporary worker) visas. Perth is a particularly attractive destination for South Africans and Asians due to its favourable proximity and time zone. But Campbell said that model didn’t consistently produce reliable talent.

“We have to be looking to recruit local people.”

Addressing the ACS’ West Australian Branch Conference, Campbell challenged the society to look at its own future with this in mind.

“Our industry needs younger professionals,” he said. “Please don’t take it personally, but we [The ACS] are an aging professional body ourselves.

"The challenge for us as a professional body is to be enticing for younger people to come in. My main concern is, where are we going to get the good quality people to fill these vacancies?”

Ellis said the ICT industry was having great trouble convincing school-age students that it can offer them an exciting career, when all evidence points to the contrary.

“We need to get out there and sell the benefits of this career,” he said. “When you are in ICT, you are an agent of change. The job constantly varies and you have the option to travel easily.”

Read on for why many WA employers aren't interested in University graduates...