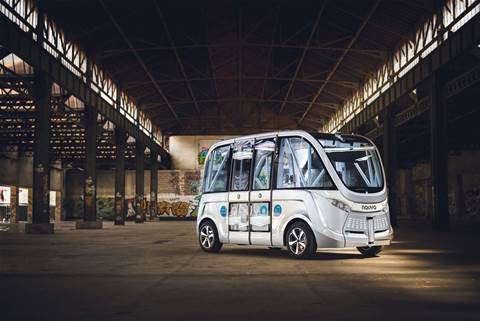 A driverless, electric shuttle bus will be trialled in Perth this year to test how autonomous vehicles run on Western Australian roads.

The WA Royal Automobile Club (RAC) will partner with French intelligent transport systems company Navya to provide the government, industry and public an opportunity to evaluate the technology.

"By giving Western Australians the chance to see the technology, to eventually use it and experience it, we are learning more about the technology and working towards WA being ready for driverless vehicles,” RAC CEO Terry Agnew said in a statement.

“The trial will also help WA develop a roadmap of changes that will need to occur for automated vehicles to safely transition on to our roads."

The shuttle bus can transport up to 15 passengers and drive at a maximum 45km per hour.

It is intended for use with distances that are too short to drive by car but too far to walk, the RAC said.

The vehicle uses a variety of sensors on its exterior that map its environment, interpret traffic signs and detect obstacles on the road.

The RAC said it was still working through the details of the trial, as well as necessary government approval processes, and would provide more detail later this quarter. It said the trial would likely involve several stages.

"RAC anticipates that this first step will lead to further trials, research and collaboration, which will all increase the WA’s understanding of how driverless vehicles can be integrated in to our transport system; and ultimately, how the technology will affect the way in which our 830,000 members and the broader community move around our state," it said.

The South Australian demonstration involved an auto-piloted Volvo XC90 equipped with automatic braking, steering and parking via sensor-linked software, as well as a fail safe mode.

South Australia has set its sights on the driverless car industry to fill the economic void left by departing traditional car makers.

It has positioned itself as an early adopter of the technology, pushing through changes to the state’s road rules that would allow autonomous cars to run on public roads.

The ACT government is also gunning for a slice of the market, last month issuing a draft bill that would allow the territory to trial the technology.