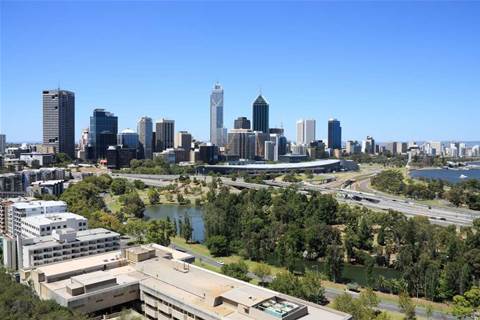 Vodafone Hutchison Australia has apologised to West Australian customers affected by a three hour outage on Saturday, the latest in a horror run of network incidents around the nation that have plagued the mobile carrier.

At midday on Saturday, Vodafone's network services dropped out for West Australian customers for some three hours.

A VHA spokesman told iTnews the transmission outage was caused by a fault in a VHA optical fibre link providing backhaul to the mobile network’s base stations.

Technicians corrected the fault by 3:20pm, the spokesman said.

“We are extremely sorry for the inconvenience this caused our customers in WA and we will be contacting those affected to offer compensation,” he said.

The WA outage adds to a list of incidents that has had Vodafone customers up in arms on social networking sites such as Facebook, Twitter and Whirlpool.

“Over the past eight weeks we have seen two separate issues, which have resulted in some customers experiencing intermittent issues on our network,” the VHA spokesman said.

In early November, a spokesman for the mobile carrier initially denied it had any problems on its network before large numbers of customer complaints forced a public apology.

A VHA spokesman said that in this first instance, “unstable software” had affected data performance.

“After identifying the cause, the software was replaced, extra capacity deployed and the network was tested, and by the end of November the issue was resolved,” he said.

But a separate “unrelated software issue” has affected customers, with one iTnews reader noting that he couldn’t access services on such iconic locations as Sydney’s George Street and Central Station.

This problem has affected customers intermittently for three weeks, but VHA said the problem was resolved over the weekend.

“This was due to an unrelated software issue which resulted in extra signalling being created in the network, which affected the network’s performance for some customers.  New software has been loaded into the network and in a number of areas, network cards have also been replaced.  That work was largely completed week ending 10th December.”

“The network is now being fine-tuned in those areas that were affected to deliver a better experience to those customers travelling in and out of those sites.  We are also continuing to add extra capacity into the network, particularly in areas of high traffic."

The VHA spokesman expressed confidence that “these issues are largely resolved.

“There may be exceptions, and we are encouraging customers to work with us to help us pinpoint and resolve any issues they experience,” he said.

VHA declined to name what software vendor or third party was responsible for the faulty patch and upgrades.

The company outsourced management of its network to Nokia Siemens Network under a seven-year deal announced in May 2010.