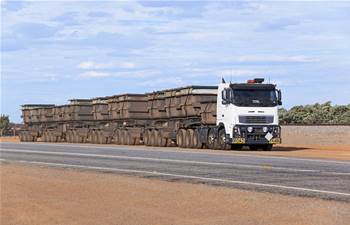 Signs for five years of support for apps and infrastructure.

ASG will also provide Dynamics 365 CRM, Sharepoint and Azure support to the agency.

The contract was hailed by Main Roads WA CIO Carmelo Naso as representing “an innovative approach within WA Government”, but he's not explained if that refers to contract structure or the hoped-for outcomes the deal will deliver.

ASG has promoted the win as its first big deal since CEO Dean Langenbach took the chair in May, however Tenders WA records that the tender closed in September 2018 and also lists another contract, won by Perfekt Pty Ltd, to provide two new storage area networks. Which we mention as it shows ASG hasn’t won all the work up for grabs at Main Roads!

Langenbach is nonetheless chuffed, declaring that combined with another recent win at energy company Western Power the deal shows ASG Group is in fine shape in Western Australia.

Mr Langenbach said ASG Group is “confident” it can double its business in the State in the next three years.

“This latest contract win, together with our delivery excellence and our pipeline, demonstrates the confidence we have in our future, supported by our renewed and bolstered capabilities and the backing of our parent company NRI, a powerhouse global Japanese consulting firm,” he added.

Got a news tip for our journalists? Share it with us anonymously here.
Copyright © CRN Australia. All rights reserved.
Tags:
asg groupazuredynamics 365governmentitmain roads wasoftwarestateitsupportwestern australia