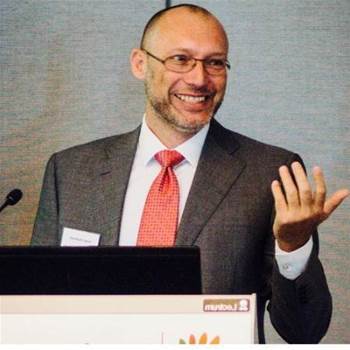 Western Australia’s health department has appointed the architect of the state’s transformed IT infrastructure buying scheme, Holger Kaufmann, as its first permanent chief information officer since 2010.

The former head of GovNext-ICT reform initiative at WA’s office of the chief information officer, took up the role at Health Support Services (HSS) arm of WA Health in late May.

WA Health has been without a dedicated technology executive since 2010, opting instead for a series of acting arrangements before handing the role to the CEO of HSS.

But earlier this year HSS decided to hire a dedicated CIO to oversee the WA health system’s clinical and corporate business systems over the next five years.

Kaufmann will take charge of all major health IT programs and projects across the state, and HSS’ $140 million IT operational spend.

Critical health system are a particular concern this financial year, after the state government reprioritised $10 million in this year’s budget to upgrade key clinical and corporate systems and infrastructure.

A spokesperson told iTnews that Kaufmann will oversee the development and design of IT strategies across the health system, working closely with the newly realigned office of digital government and the state’s chief clinical information officer.

Kaufmann brings extensive experience to the role having spent the last three years moving the state away from being an owner-operator of IT in a bid to save as much as $80 million each year across the WA public sector.

It was one of only a handful of initiatives that secured a tick of approval from an inquiry into the actions of the former Barnett government.

He also spent three years as the executive director of Vorspring Digital Consulting and almost nine years as a general manager and associate director at Ajilon Australia prior to joining the OGCIO in September 2015.