WA govt urged to give CIO office what it needs 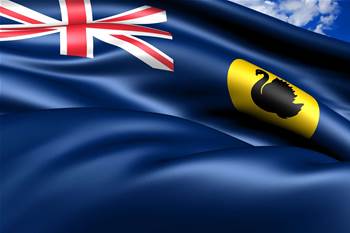 The Western Australian government must commit more funding to its CIO office if it is to overcome derision of the state's IT management, a parliamentary committee said.

The cross-party committee, chaired by retiring former Deputy Premier Kim Hames, said the young office of the government CIO (WAGCIO) is operating on a staff of some 15 FTEs.

Its equivalent agency in New Zealand employs about 80 personnel and the office of the Queensland government CIO employs 50.

“In its current form, the office is markedly smaller than its counterparts in New Zealand, Queensland, and Canberra,” said the committee’s report into improving WA government IT, tabled today (pdf).

The report also complained the WAGCIO has been expected to begin work on multi-year reform packages with no guarantee of ongoing funding beyond June 2018.

The agency has received $9 million a year out of a $25 million pool of agency savings, while it stands up what the public accounts committee has called a “a sweeping ICT reform strategy out to at least 2020” - including transformed IT infrastructure contracts that could be worth as much as $3 billion over their lifetime.

The WAGCIO’s responsible minister, Bill Marmion, gave parliamentarians his oral assurance that he “envisages” the office will continue beyond 2018, but the committee has asked him to make this commitment concrete for the sake of the reform agenda.

“The committee questions whether the WAGCIO in its current form will have the required capacity to discharge its many responsibilities in an effective manner going forward,” said the report.

Western Australians are set to go to the polls in March next year, however, and the beleaguered Barnett government appears to be in serious trouble, according to even its own internal polling.

This means the fate of the WAGCIO could fall into the hands of Mark McGowan’s Labor party if it were to win early next year.

The committee's 260-page report is the product of 16 months worth of hearings, submissions and interstate and international meetings aimed at identifying the shortcomings that have given WA a reputation as an IT “laggard”.

It has taken a number of cues from the relatively mature office of the NZ GCIO, recommending the appointment of a government stakeholder manager to keep Cabinet and Ministers up to date with IT priorities, and the adoption of more robust language about cloud procurement.

The committee has also recommended the state:

The committee praised the intent of the WAGCIO’s ‘GovNext’ as-a-service infrastructure buying strategy, but has also written to Auditor General Colin Murphy asking him to formally audit its progress in 2017.

Parliamentary protocol asks that relevant ministers respond to committee recommendations within three months of a report being tabled.

However the current session of Parliament is likely to end within just two months, meaning the Barnett administration may get out of making its formal response before the election.