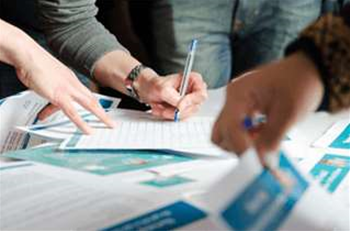 Landgate is the statutory authority charged with managing WA's land ownership and survey data as well as valuing its property and assets.

The land agency says it expects to save $52 million over the next five years thanks to the faster turnaround times and streamlined business processes associated with the electronic platform.

Advara claimed processing now takes seconds rather than days, costs per doument have "significantly" fallen, and there's been a big jump in manual rework, as first reported by the AFR.

"Our platform utilises a flexible system architecture that enables new services to be added seamlessly on an ongoing basis, so as more automation capabilities come online, Landgate’s productivity and performance metrics will continue to improve," Advara claims.

Landgate CEO Mike Bradford sits on Advara's board of directors alongside Ger Doyle, managing director of Ajilon - which is an co-investor in the business - and Landgate non-executive director Claire Poll.

The first release of the platform went live in June last year when the first paper transaction was electronically lodged, examined, and registered.

The full rollout occured late in 2015 to cater for the agency's peak business periods. Landgate said in December last year it was looking at options to put the system to use in other markets.