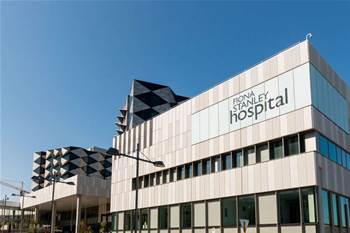 Perth residents now have the option to use an app on their Apple iOS and Google Android devices to check which hospital has the shortest waiting times.

The WAED app collects Perth hospital emergency department waiting times published by the Department of Health, along with traffic data, device geolocation, and local maps to give app users an estimate of travel time and the ability to identify which nearby hospital can see them sooner. 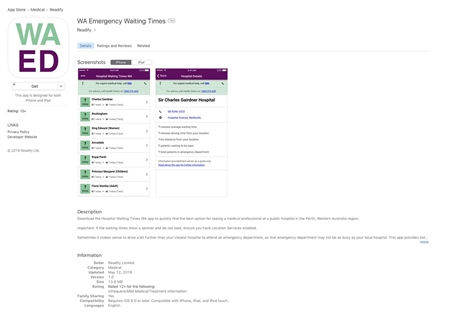 The app was designed by software developer Readify, headquartered in Melbourne, and coded by the company's West Australian team.

Readify developed the app for free as a proof of concept in response to calls from WA government chief information officer Giles Nunis, to show that official open data could benefit the public at low cost.

WAED is available for free from Apple's App Store for iOS and for Android devices on Google Play.