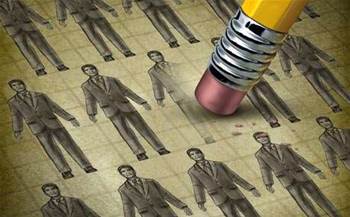 It is one of several savings measures outlined in the McGowan government's first budget to help return the state to operating surplus in 2020-21.

Three thousand public sector redundancies will return $355 million to government coffers over the forward estimates, the budget states, with $71 million to be “retained by participating agencies to invest in workforce renewal, with a focus on digital transformation, frontline services, and the recruitment of entry level employees”.

The government also hopes to claw back $249 million in savings through its service priority review, which is currently assessing the functions, operations and culture of the WA public sector to identify opportunities to better deliver government services through digital platforms.

The Office of the Chief Information Officer, which is slated to run out of money at the end of this financial year, has been given no extra funding in this year's budget - it will receive the same $9.2 million annual slice it was provisioned in last year's budget.

The budget notes the office will "cease operations on 30 June 2018" if not given a lifeline by the government in next year’s budget.

Amid the state's difficult fiscal environment, the government has also scraped the barrel to fund technology projects across the portfolios of justice, transport, and resources.

Elsewhere in the justice portfolio, the Registry of Births, Deaths and Marriages will receive $2.8 million in 2017-18 to continue working towards the modernisation of the Western Australian registry system, $1.3 million for audio-visual facilities in courts in metropolitan and regional areas, and $3.7 million for other ICT projects.

The Department of Transport will receive $7.1 million over three years to “develop a full scope of system enhancements necessary to support the regulatory functions expected of the department under a fully reformed on-demand transport industry".

The funding will help to "enhance and corporately align the business systems needed for the annual authorisation and oversight of on-demand transport booking and dispatch services, vehicles, drivers and the ongoing education, enforcement and audit of all players in the safety chain of accountability".

Other measures funded in the budget for 2017-18 include: