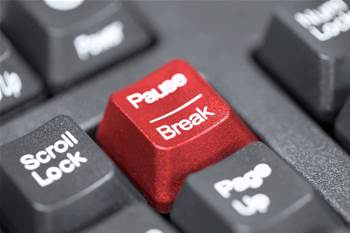 Western Australia’s education department has paused the overhaul of its core student information system after a series of software releases from Civica failed to pass testing.

iTnews can reveal the $32 million project to replace the state's existing 30-year-old system with a cloud-based platform, dubbed WebSIS, is on hold while the issues are resolved.

Under the deal, Civica was to replace the underpinning RM Integris Classic software package with the Civica Education Suite for student administration, as well as finance and timetabling.

The department expected schools would begin moving to the new platform from 2018, with full deployment to be complete by the second half of this year.

But with the project currently suffering delay, the department’s director-general Lisa Rodgers had stepped in to prevent any further hold-up.

In an internal memo to staff seen by iTnews, Rodgers said the “implementation of webSIS is not progressing further at this stage”.

“My priority is to deliver a solution that enables you to run your school efficiently, is easy to use and support the work you do,” she wrote.

“WebSIS in its current form does not do this. It is not fit for piloting or roll out to schools.

“We have received a number of releases of the software in the past months, these have not passed testing and the solution has not been able to progress.”

Rogers confirmed the decision to iTnews, saying the department would now work with vendor to resolve a number of issues with the system.

“Work on WebSIS is being scaled back while concerns are being resolved with the software vendor,” she said.

“Schools will continue to use the existing SIS solution and operate as usual.”

A Civica spokesperson said it was "actively seeking to resolve the matter quickly" after being made aware of the "concerns over the pilot planned for commencement in the coming month".

Approximately $9.5 million had been paid to Civica to date for the development of WebSIS, according to the department.

Civica said similar work to deploy a new digital schools management solution across 900-plus schools in South Australia was progressing as planned for 2020 after a successful recent pilot.