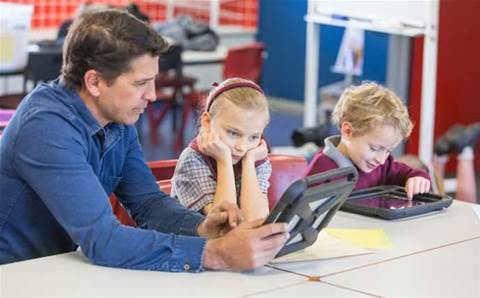 Avoiding the fate of LMBR, Ultranet.

Western Australia’s education system is embarking on a $32 million effort to replace its 27-year-old core student information system with a web-based platform, and stamp out shadow IT and manual data handling in the process.

Since 1999, WA Education and the state’s 800 schools have been using the RM Integris Classic software package, a client-server based platform that was developed in the 1980’s, as the core student administration platform.

It handles everything from marking attendance for WA’s 300,000 students to processing enrolments and managing finance. The Windows-based platform sits on a server in each of the 800 schools, and data is sucked into the central Education data warehouse via an automated script each night.

The state’s 20,000 teachers and education staff can only access the platform when on a Windows computer connected to their local network, or when using Windows Terminal Server on a Mac.

This lack of flexibility means schools have ended up buying third-party software that gives them a web interface and mobility for things like taking roll call, and then re-entering the data into the system at a later date.

Because schools were “screaming out” for the ability to take attendance remotely, program manager Russell King told iTnews, the Education department “bit the bullet” and built an import routine into the existing platform.

But this was never meant to be a long-term approach.

After several years lobbying for funding to modernise the platform, the department successfully won money in 2014 for the overhaul.

It this month awarded existing partner Civica a $32 million, five-year contract to replace the Integris platform with the firm’s Civica Education Suite.

The platform runs on Microsoft’s SQL Server with an HTML 5 frontend, and offers a series of modules. WA Education will adopt the core student administration module as well as finance and timetabling.

Aside from the ability to access the platform from any device with an internet connection, it also means schools will gain a single view of a student in the context of the wider education system, where they are currently limited to data on a student that is specific to that school.

The platform will be hosted out of the department’s main data centre, but Education is hoping it can shift the system into a new government private cloud currently in the works further down the track.

“We’re going to avoid making that decision finally as long as possible, but we’re not going to wait for the government DCs to be functional,” King said.

The department expects to save as much as $1 million each year by getting rid of the 1100-odd servers currently in use in schools around the state.

Avoiding becoming the next LMBR

The department is planning to take a staggered approach to the rollout - despite an “appetite” for a big-bang - to ensure it avoids the implementation issues experienced with the likes of NSW’s LMBR and Victoria’s Ultranet.

The failed Ultranet student portal implementation is currently under investigation by Victoria’s corruption watchdog, while the LMBR has blown out in both cost and time and lost TAFE NSW as a client.

“We are very aware of that, and we’re going to make haste slowly,” King said.

“The reality is we’ve got data coming from 800 separate databases, so a staged rollout - as aggressive as we can be - will work best. We’re aiming [tentatively] for ten schools a day.”

The department has scheduled a pilot for 2018 and expects full deployment to be complete by the second half of 2019.

The next 12 to 18 months will be spent making sure the software is compliant with Education’s policies and legislation, making any required customisations, conducting testing and integration, and ensuring teachers are fully trained ahead of go-live.

“We’re looking at a multi-staged approach through face-to-face training for more complicated areas, as well as webinars, online tutorials and fact sheets. There will be a support network set up for people to access,” King said.