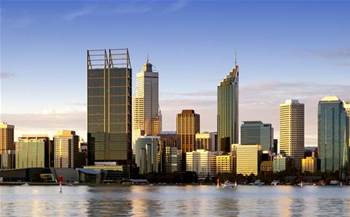 Job ads reveal the state’s IT boss will answer directly into Finance Minister Bill Marmion, a line of accountability usually reserved for heads of department.

The WA government in March said it planned to hire its first government CIO, following the lead of larger states like Queensland at the same time as other jurisdictions - like the Commonwealth, NSW and Victoria - edge away from the role.

The successful candidate will head an Office of the Government Chief Information Officer sitting within the Department of Finance, which at the outset will oversee a four year campaign to cut $110 million out of agency IT spending, $8.1 million of which will go back into funding the activities of the GCIO team.

The state is offering a fixed term, three-year contract and an “attractive remuneration package” to attract talent. It will accept applications up until 29 June.

The job description points to a conservative approach to the GCIO agenda, focusing on stabilising IT costs, driving value for money and minimising risk to the WA public sector.

The GCIO will “lead and influence effective ICT investment across the sector, chair the directors general ICT steering committee, be responsible for managing the government’s $25 million ICT renewal and reform fund and developing an ICT reform plan to support the government’s new direction".

The state said it is pursuing a “holistic ICT approach” and expects the new appointment to “successfully lead change in agencies’ ICT investment culture”.

The GCIO will need to establish and govern a statewide IT strategy.

WA ranked at the bottom of iTnews’ State of IT assessment of IT policy leadership and progress through Australian state and territory governments.

The WA opposition has accused the government of using its new IT reform agenda as a veil for technology budget cuts, claiming the state still has no cohesive plan for digital innovation.