WA agencies team up to drive down software costs 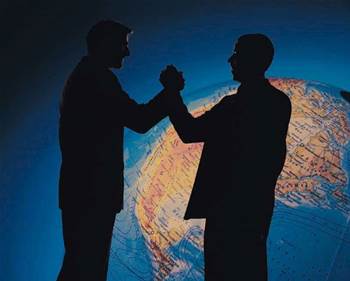 Eight Western Australian government agencies will team up to take their aggregated HR systems needs to the market, in one of the first examples of joint buying in a state still struggling to get over its failed experiment with shared services.

The state’s public sector is expected to continue paying millions of dollars every year until 2017 to transition out of its scrapped shared services scheme, which was centred on a common Oracle eBusiness suite ERP platform.

All of the agencies involved have since shifted their HR and payroll software needs to Alesco vendor Talent2 via a now defunct whole-of-government procurement scheme.

The imminent expiry of all the Talent2 deals within the next 12-18 months has prompted the state’s buying authority, the Department of Finance, to launch an experiment in informally aggregating the needs of the group to take to the market.

Five agencies have confirmed their interest in the deal: the Disability Services Commissioner, the Office of the WA Auditor General, Department of Transport, Landgate, and the Commissioner for Children and Young People.

Another three are tentatively dipping their toes into the collaboration: Workcover WA, the Department of Agriculture and Food, and the Metropolitan Redevelopment Authority;

Tender documents released this week reveal the state hopes to drive down the cost of HR management on a per employee basis by bundling the deals together and coordinating any extra development agencies might need on the side.

Going to market one by one - even as part of the now defunct procurement panel - meant agencies missed out on capabilities they simply could not afford.

“Agencies currently undertake manual processes for requirements that are too expensive to automate, for example processing of long service leave bookings where the employees are to be paid at a percentage of full-time,” tender docs state.

Finance hopes the development of these functional add-ons can also be aggregated and “ultimately reduce cost and effort for agencies in the medium to long term”.

The Finance procurement team said it had already set up software demonstrations from eight different HR vendors as part of its market engagement, and estimates there are roughly 200 vendors in the Australian market selling the type of solution it is after.

The value of the deal, which will span ten years if all options to extend are taken up, is likely to exceed $6.5 million over the period, based on projections of the annual licensing spend of a handful of agencies involved.

The agencies that have profiled their 10-year HR licensing expenditure include:

Finance is confident it can see the cooperative deal through.

“Many other agencies have demonstrated a keen interest in the benefits of the aggregated buy arrangements. This was confirmed by the participation in the product demonstrations for market research, with up to 40 participants at each of the eight demonstrations held," it said.

However, it will also ask bidders to outline alternative single-agency pricing in case any of the eight participants drop out before contracts are signed.