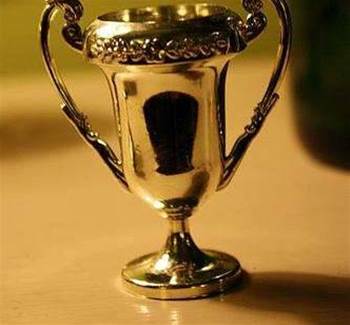 It's hard to imagine that voters will be in a much more decisive frame of mind after listening to the two major parties spar about broadband policy late last night.

Though it was more of a 'debate' than Sunday's primetime showdown between Prime Minister Kevin Rudd and Opposition Leader Tony Abbott, the clash of communications heavyweights Anthony Albanese and Malcolm Turnbull had more than its share of sidesteps, soundbites and tired analogies.

Perhaps the format just wasn't conducive. Turnbull had pushed from the outset to have the debate hosted at the National Press Club. It was Albanese that suggested and pushed for it be hosted by the ABC's Lateline program, which is ultimately where it ran as a pre-recorded segment.

Presenter Emma Alberici tried on several occasions to distil the ideologies and arguments presented by both sides of politics into something more digestible, but it was a tough ask.

As the debate swung to NBN Co's 1 Gbps capability, Turnbull raised the question of cost for an ISP to supply a 1 Gbps service and for an end user to buy it.

From there on, neither side of politics was able to make a simple point about the cost.

Turnbull: When you are a retail service provider, you have to buy a pipe of certain capacity from the customer's premises back to the exchange, the point of interconnection. And the size of that pipe will determine how much contention your customer's have...

Alberici: I think you're getting a little more technical, too technical for the point of this discussion...

Turnbull: Well, you always shut me down when I'm about to make the most important point.

Alberici [to Albanese]: Do you actually know how much would a household will have to spend to access 1000 Mbps, 1 Gbps?

Albanese: The market of course will determine that.

Alberici: Do you have an estimate? What's the wholesale price for 1 Gigabit?"

Albanese deflected further questions from Alberici ("Are you going to answer my questions?" "Aren't [the prices] listed in your plans, an indication of what this might cost?" and stuck to his line that "the market will determine this". (Never mind that the wholesale cost for a 1 Gbps has been set since December 2010.)

Turnbull's attempt to explain the additional backhaul costs associated with NBN service provision did little to support his point that 1 Gbps is unaffordable overkill for the majority of households.

Later, an attempt to pigeon-hole the competing approaches of the rival parties also fell through.

Alberici attempted to differentiate the policies based on their approach to fibre — that most homes will just receive a fibre connection under Labor, whereas the Coalition proposal is for most homes to keep their last-mile copper connection but have the option of receiving 'fibre on demand'; that is, users can upgrade to last-mile fibre for a fee.

However, the attempted summary came unstuck by equating Labor's policy to a kind of "socialisation" of broadband infrastructure — an aim the Coalition believes it is also striving for with its own plan.

"Is it fair to say the fundamental difference between the two parties' policies is that Labor wants to socialise the infrastructure and the coalition prefers a user pays system?" Alberici said in an attempt to summarise.

"No, that's not the case," Turnbull said. "There's a degree of socialisation in all networks."

The debate may have failed to negotiate the complexity of the broadband issue for many voters, but it did provide some answers for those who follow the issues more closely.

It did (eventually) eke out a concession from Turnbull that the $94 billion figure bandied about by the Coalition for Labor's NBN cost is based on a string of Coalition assumptions they believe to have passed muster, including that the rollout will take four more years and that more premises will be covered by wireless than in the current NBN plan.

"Nobody has been able to say our assumptions are unreasonable or that given those assumptions that you would not end up with a $94 billion figure," Turnbull said.

"You'd think if they were wrong in more than four months [since the Coalition raised the number], the Government or NBN Co or someone would have said, 'No Malcolm, you've got that number wrong'. No one has said that."

Albanese was happy to oblige. "They [the assumptions] have been plucked out of a Coco Pops packet," he said.

Turnbull secured two moments where he was able to steer the debate from Lateline's grip.

Firstly, he raised the issue of the whereabouts of the latest revision of NBN Co's corporate plan. Albanese was forced to concede that voters are unlikely to see it before they go to the polls on September 7.

Albanese said the Government still didn't have the final revision from NBN Co, and in any event, it would have to go "through the Cabinet process" before it could be publicly released, which is unlikely with the Government in caretaker mode.

Turnbull also raised the alleged contents of a Labor flyer that, under Labor, NBN connections come at "no cost". Albanese denied this, but the point was shut down before it could escalate much further.

In the wash-up, it seems neither side really won. Both scored a few minor technical points but perhaps that's the problem — with both sides promising faster broadband, and both sides appearing split only on the technical details, perhaps all that will matter in the end is which side is perceived as being able to put faster connections into the hands of as many voters first.