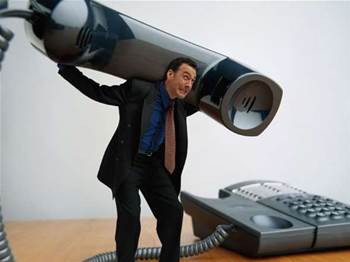 Despite reported customer satisfaction in Internet and VoIP services, improvements can be made to support the uptake of telecommunications technology in Australian homes and businesses, according to Lyn Maddock, deputy chair of ACMA.

"The use of the Internet in the global economy is increasing; it's no longer just a tool of personal communication," she said.

Mobile phones were the top ranked technology in what respondents perceived to be critical telecommunications services for their households in the future. 83 percent of survey respondents nominated mobile phones as a critical service.

"For broadband to be up there with landlines; that's really a powerful figure," Maddock noted.

In the SME space, 80 percent of survey respondents reported being "quite satisfied" with their Internet service providers.


target="_blank">VoIP services were satisfactory, according to 60 percent of SME users, while about a quarter of survey respondents were neither satisfied nor dissatisfied with current VoIP options.

Maddock speculated that the reported customer satisfaction with broadband and VoIP services could be a product of the ease with which dissatisfied customers are able to switch from one Internet provider to another.

The relative youth of broadband and VoIP services were also suggested as a reason for their reported success.

"VoIP is a current frontier issue in Australia," Maddock said.