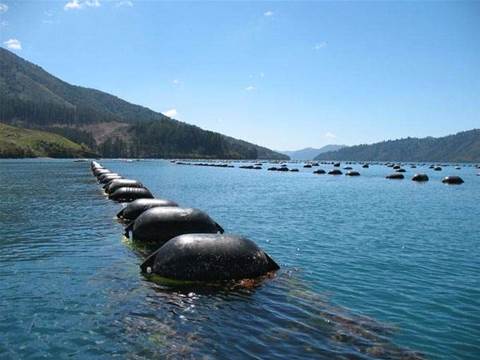 Vodafone Australia plans to trial a major cut in data roaming charges for customers travelling to New Zealand this summer.

The telco will slash the cost of data roaming from $10 to $2 a megabyte, charged per kilobyte and with a minimum 10 kilobyte session size, according to the telco's head of postpay Jason Blair.

The trial - open only to personal Vodafone customers - was expected run until February 9, 2011.

"Basically we're offering this to get an understanding of the usage and take-up of data roaming [at this price]," Blair told iTnews.

"This is the biggest time of the year when customers are going to be roaming and New Zealand is one of our biggest roaming destinations.

"More people are also buying smartphones and want to use data when they're overseas. By offering a better data, we'd like to see what happens from a usage perspective."

Blair said that Vodafone would review the results and customer feedback before deciding whether or not to permanently cut data roaming charges in New Zealand.

These range from a "light" plan ($49 a month for 25 MB) to 200 MB of international data for $329 a month. Larger packs were available for undisclosed prices.

The other arm of Vodafone's business, the Hutchison 3 network, used a separate system for data roaming on certain 3 networks worldwide.

Called 3 Like Home, it enabled Australian customers to roam on selected 3 networks internationally for 50c a megabyte.

Last week, 3 Like Home users received a boost when the list of applicable networks was increased to cover Vodafone networks in the UK, Ireland, Italy and Hong Kong.

It appeared there were no current plans to reciprocate the 3 Like Home capability - with its lower megabyte charges - on the Vodafone network.

"We're working through options for what we might do for Vodafone next year," Blair said.

It would not be without precedence. The combined Vodafone Hutchison Australia (VHA) has already begun reciprocating offers, recently allowing users on Vodafone to call 3 users for free and vice versa (a capability previously limited to Vodafone-Vodafone or 3-3 calls).

Vodafone not only made changes to data roaming costs but also to call charges.

It said that Vodafone customers that opted into its ‘Traveller' scheme would no longer be charged roaming surcharges to make calls in New Zealand or Singapore.

Voice calls would be charged at the standard voice rate listed in the customer's contract, according to Blair.

"We're really looking to make international roaming a differentiator for Vodafone," he said.

"We want to make it more affordable for Vodafone customers to travel with their phone and use it."