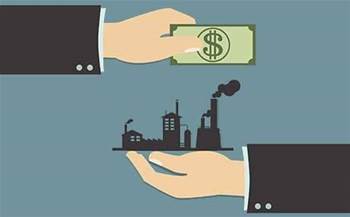 To form media and telco behemoth.

The New Zealand arm of global telco giant Vodafone will merge with internet and video provider Sky TV to form an integrated media and telco group.

Vodafone will have 51 percent majority stake in the new group, which it will pay in cash and shares worth N$3.44 billion (A$3.27 billion). The majority stake will be through the telco's British parent, Vodafone Group.

The longstanding current chief executive of Vodafone New Zealand, Russell Stanners, will head up the merged entitity. Sky TV boss John Fellett will run television and entertainment for the new company, which is yet to be named.

Currently, Vodafone NZ has 2.35 million mobile connections and half a million fixed-line services. Sky TV has 830,000 subscribers. Besides retail and business mobile and fixed-line telecommunications, Vodafone NZ also has a large stake in the Tasman Global Access cable being laid between New Zealand and Australia in conjunction with Spark NZ and Telstra.

Vodafone also operates cable networks in New Zealand, which were acquired as part of the 2012 deal that saw the telco buy TelstraClear from Telstra.

The merged telco and media group is a competitive threat to incumbent Spark NZ, which has branched out into internet delivered content via its Lightbox streaming video service.

“The reality is that Spark has been competing successfully with a tightly integrated partnership between Vodafone NZ and Sky TV for a couple of years now. Vodafone NZ has been bundling and deeply discounting Sky TV products while Sky TV actively resells Vodafone NZ broadband," Moutter said in a statement.

Head of the Telecommunications Users Association of New Zealand (TUANZ) lobby group, Craig Young, said the merger would have a big impact on the local market.

He said the worst possible outcome for local customers would be Sky TV only being available via Vodafone, which would lead to popular content such as sport being locked up by the new entity.

InternetNZ called on Sky and Vodafone to commit to net neutrality so those buying content could do so without having to purchase broadband as well.

There are no current rules around network neutrality in NZ, but the present review of the country's telecommunications legislation is looking at the issue.