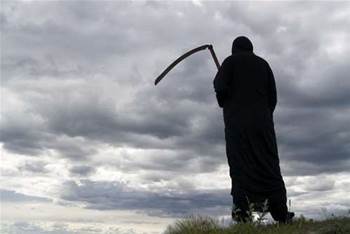 Vodafone Hutchison Australia is on track to migrate its remaining 3 Mobile customers across to its primary 3G network by the end of August but chief executive Bill Morrow has warned of potential network contention issues in the lead-up to the switch.

The migration is of the last major steps in the three-year merger between Vodafone Australia and 3 Mobile in 2009.

VHA, formed as a joint venture between Vodafone Group and Hutchison Whampoa in 2009, has progressively decommissioned the 3 Mobile brand since it stopped signing new customers 12 months ago.

It has since pushed out-of-contract or recontracting subscribers to Vodafone while also allowing continuing 3 Mobile customers to roam onto Vodafone's 3G network, instead of Telstra, where necessary.

3 customers are set to finally migrate across Vodafone next month.

The migration strategy coincides with the end of Hutchison's 3GIS agreement with Telstra, which saw the two companies share and cooperatively build a 3G network from 2004, before the launch of Telstra's Next G network.

"We are of course starting within the next week, migrating those customers over to the Vodafone network," Morrow told media and analysts at a half-yearly results briefing on Monday.

"We have been moving customers over for quite some time; we do have some areas that 3 customers are already roaming onto the Vodafone network, that allows us to test this as we go."

But despite the planning and promises of an "open and transparent" migration process, Morrow was uncertain of the effect the additional customers would have on Vodafone's 3G network load.

"This is a predictive sort of tool we use and sometimes we get it right, and on the minor case that it's not we're going to be monitoring that point closely so we can take action quite quickly," he said.

VHA took on about two million mobile customers at the time of the merger in early 2009 but would not reveal how many customers remain 3 subscribers.

Nevertheless, the migration could come as a boon for ongoing 3 subscribers, who have faced ongoing troubles with the 3GIS network as a result of waning use and minimal investment since the decision to close the network this year.

Vodafone will pick up about half of the 2700 base stations that form the 3GIS network. It has already begun installing infrastructure to operate on its 850 MHz 3G network as part of its ongoing rip-and-replace upgrade.

But Morrow gave no indications as to the future of the 3 Mobile brand itself, which continues to adorn retail stores alongside the better known Vodafone logo.

"As far as the 3 brand, obviously it is decreasing quite rapidly and we're evaluating whether or not there is a play for it in the marketplace," he said.

The half-yearly results were the first financial results for VHA since Morrow replaced predecessor Nigel Dews in March.

He said Vodafone was still evaluating its customer trials on the National Broadband Network, which were set up late last year and reported to involve at least nine premises in the Armidale area.

A successful trial would have heralded the telco's first entry into the Australian fixed-line market after a failed attempt to provide ADSL services in recent years. It was also seen as an attempt to utilise the NBN's fibre assets as relatively cheap backhaul for mobile towers.

A spokesman did not clarify how many VHA customers were trialling the NBN at time of writing, or whether they remained on free broadband plans.

"I think the NBN is an important delivery tool for us; I think the economics are quite difficult to prove out without something like the NBN," Morrow said.

"We'll monitor it closely to see when it will reach a scale to see when we'll be interested and of course we'll be closely monitoring our customer base to see how important a fixed and mobile product are."

He was equally uncertain of the digital dividend spectrum auction slated for next year, indicating the $900 million-plus outlay required from Vodafone would be better spent on improving the network in its existing spectrum portfolio.

Vodafone is seen as 'spectrum-rich' in the Australian marketplace, with significant assets in the 1800 MHz spectrum bands that could prove useful in the current race to deploy 4G mobile broadband networks.

However, the 700 MHz spectrum to be auctioned off by the Federal Government early next year — and to become available in 2015 under current plans — is seen as 'waterfront property' in spectrum spaces.

At least Telstra and Optus are expected to compete viciously for the spectrum.

Morrow said that Vodafone was yet to make a decision on its involvement.

"We felt that it was important that the Government delay the auction that we look at this so we're quite pleased that we did so and we should have a decision within the next few months as to whether we will participate or not," he said.

According to Morrow, Vodafone could simply deploy "a few extra base stations" to make up for the distance pitfalls of the 1800 MHz spectrum in LTE mobile broadband when compared to the more valuable 700 MHz stocks.

It is currently rolling out 3G HSPA+ and dual-carrier HSPA technologies on the same 850 MHz spectrum underpinning Telstra's Next G network.

"I'm pretty excited about that because it means from a marketing perspective. and unless both of the other two carriers end up with 20 MHz and they deploy on it, we're going to have an advantage with the speed if we get the LTE picture right," he said.

"That is why when I look at $900 million to play for the auction versus taking a strategic advantage with the 1800 [MHz], deploying a little bit of that 900 [MHz] to be able to address the propagation characteristics of the spectrum, this is the issue we're weighing at the moment."

The Vodafone alumnus and former Clearwire lead called for more time — and warned of significant changes to future strategy — to turn around the ailing brand, which has suffered significant customer losses since network troubles and customer problems in late 2010 and early 2011.

The company reported losses of a further 178,000 customers over the six months to 6.8 million total direct and MVNO customers, dropping below the seven million subscriber figure for the first times in two years.

It reported a slowed rate of decline in customer numbers but Morrow said he owed "customers an apology for the past, and a commitment for the future that we will rebuild our operations to prevent this from ever happening again".

"The primary root cause behind the damaged image of our brand and the current operating performance was inconsistent and sometimes uncompetitive customer service across the various touch points," he said.

However, he said the losses recorded over the half-year would likely bear out for a further year as the company attempted to refocus on network improvement and customer retention.

The telco has brought forward plans to deploy HSPA+ and dual-carrier HSPA technologies by September, as well as LTE broadband networks, which Morrow said would be launched by March or April next year.

It has also cut several high-profile sponsorship ties with sporting teams, which Morrow said had become expensive, and would look to further restructure.