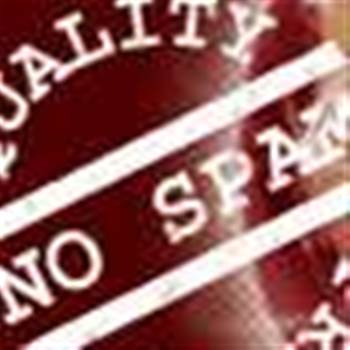 Mobile phone giant, Vodafone has fined several of its managed partners for breaking rules imposed by the telco aimed at preventing SMS spam on mobile phones.

Vodafone’s anti-spam agreement was made with 39 partners in March under Managed Partners Accreditation program.

The partnership allows content providers to gain access to Vodafone customers, through managed partners and deliver ring tones, wallpaper and applications as premium content delivered to their mobile via SMS.

The program also sets out standardised and contractual obligations for Vodafone partners and holds them accountable for their own practices as well as those of any other third party content providers.

Vodafone spokesperson, Greg Spears, said a number of partners had broken these agreements resulting in Vodafone issuing eight non-compliance notices and several fines. The largest fine was in excess of $100,000, Spears said.

He said the guidelines - which include fines on the partners of up to $50 per customer impacted - were put in place to deal with breaches of the Spam Act 2003.

Where breaches are proven, Vodafone automatically re-credits the affected customers’ accounts and then seeks re-imbursement from the partner or content provider.

Vodafone is also working with the Australian Mobile Telecommunication Association (AMTA) to support the existing regulatory framework, including the Spam Act 2003, privacy legislation and e-marketing codes, he said.