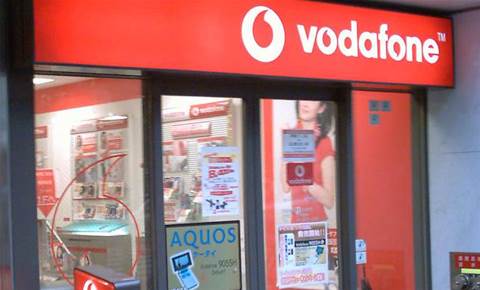 Vodafone will begin charging for internet services previously unmetered in what it has told customers is a "correction to its billing systems".

Users would be charged for accessing the services on handsets and tethered device connections.

"The data usage charges are in line with customers' existing contracts but were not previously billed," the telco wrote in one email to customers.

A Vodafone spokesperson did not return requests for further clarification on the issue at time of writing.

The three data types had gone uncharged for users on both pre-paid and post-paid plans.

"These charges were always intended to be charged," said Tim H, a representative of the telco, on the company's official community forum.

Although the changes appeared only to affect those services not previously advertised as unmetered, Vodafone has bundled access to some of the services in the past.

Use of the popular VoIP service Skype through a particular Vodafone-sponsored application has been available under bundled metering plans for some time. The telco has previously indicated in fine print that other VoIP services and non-prescribed Skype services would attract standard data rates.

In addition, the telco's previous failure to charge for some internet email and banking data appeared to be caused by unmetered use of all services that used the secure HTTP protocol.

"This does not mean you are now going to see extra or excess charges, but instead more accurate data usages, as we will be now capturing all data traffic," a representative of the telco, Dave, said on the Whirlpool user forum yesterday.

"Data usage will continue to be charged at the same rate and from under your plan's data allocations."

The telco encouraged users to adopt higher data plans and check their usage more regularly ahead of the changes in an effort to avoid higher bills.

Vodafone had begun offering unlimited social networking through its 'Infinite' plans earlier this year, but continued to charge standard data rates if a user followed a link to an external website.