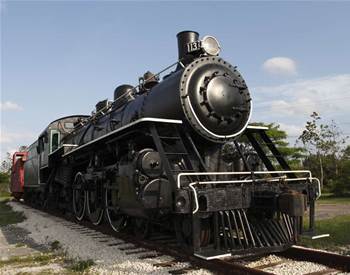 The spectrum underpinned a $500 million national railway signalling system developed by railway authorities over the past ten years and providing up to $1.5 billion in savings.

It had previously held smaller allotments in the three cities in addition to spectrum for Brisbane and Perth.

The allocations were made to Vodafone last week after six months worth of negotiations with the states’ respective railway authorities.

No money had changed hands between the parties during the talks, which allowed the carrier and rail authorities to gain the contiguous blocks needed for their respective projects.

“As it was, our spectrum was split across the different zones and we were trying to get a contiguous zone,” Nye said.“With Vodafone, it’s helped them and it’s helped us at the same time.”
The negotiations did not appear to effect the expiry dates for the spectrum, however, some of which would begin in 2013.
Other 1800 MHz spectrum allotments, initially sold off in 2000, were set to expire in 2015.
Remember to sign up to our new Telecommunications bulletin to stay connected with a concise online wrap of Australiaís telecommunications and ISP industry.

The Department of Broadband was yet to decide whether the spectrum licenses would be re-auctioned once they expired or be put up for renewal by the respective carriers.

Officials for the Australian Communications and Media Authority said the ACMA had provided advice to Communications Minister Stephen Conroy but had yet to hear back on the issue.

The rail authorities, through the ARA, had lobbied the Government to continuing holding the  licenses in the 1800 MHz spectrum they believed were vital to the signalling system.
It is understood the minister has continued discussions with the incumbent spectrum holders, with a possible view to renewing their licenses for the 1800 MHz spectrum band.

“We thank the railways for their co-operation to help reach a better public policy outcome,” Vodafone chief executive Nigel Dews said in a statement.

While the three major Australian carriers already operated 1800 MHz spectrum for 2G services, they hoped to refarm that spectrum and gain additional bands as a stop-gap for LTE deployments, ahead of the auction of a block of the 700 MHz band, scheduled to begin by the end of next year.

Vodafone has to date remained quiet on the timing of its LTE deployment, instead waiting for a greater number of devices compatible with the spectrum to become available.
Got a news tip for our journalists? Share it with us anonymously here.