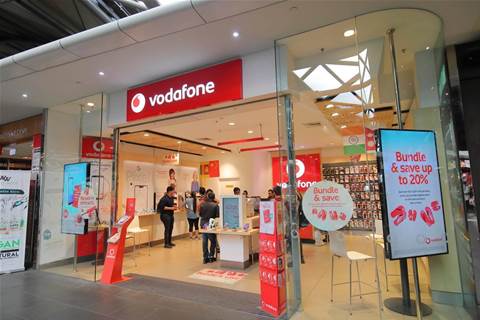 Hunts for chief f*ck up officer as regulatory heat increases.

Everyone knows outages at telcos and banks are always bad news from a customer perspective.

But what would happen if responsibility for incident management (and presumably prevention) fell to a single member of the executive team rather than a business line or committee?

One brave Australian telco is just about to find out.

Vodafone Australia has begun searching for a new leader to take care of control of major incidents at the telco and lead continuous improvement across its network and IT operations.

The newly created role, officially known as the head of major incident and continuous improvement, will be a highly visible position that takes over responsibility for establishing, leading and managing all aspects of Vodafone’s major incident responses.

It might sound like a crazy brave mission statement where candidates offer themselves up to play human lightning rod and crisis manager.

But in reality emergency services and major incident responders who constantly deal with life -and-death dramas have a playbook that they work on continuously to maximise the effect of action plans for multiple scenarios, including the unknown, when they strike.

With digital and communications assets now at the top of the critical infrastructure tree, some of that logic is now being applied to the telco and tech sectors.

A spokesperson from Vodafone told iTnews that the new position was created to consolidate incident and improvement management functions which are standard at most all telcos.

The role operates under the general manager of technology operations, and will engage with all levels of the organisations through to executives to develop appropriate incident and improvement strategies and ensure compliance with government legislation around corporate responsibility.

It will largely focus on large-scale events to its IT and networking operations that pose a major threat to Vodafone’s ability to function as a business or impacts the level of service to its customers.

Outages aren't just inconvenient anymore, they can be economy stopping as the nexus of mobiles, online services and communications all become interdependent.

In the finance sector, retail banks’ inability to rein-in major outages has drawn the ire of the Reserve Bank of Australia as the consequences of so-called 'Severity-One' incidents on an always-on digital society grow ever larger.

Taxi operator A2B showed earlier this year when a bungle at Telstra cost it an estimated $5 million in cab fares, mobile network outages can also result in hefty costs when they affect portable payments terminals.

Vodafone said that the position will operate across internal and external business streams, namely in its networking operations centre, operations support, billing system, enterprise IT network, and all of its associated platforms and interconnecting networks.

“The creation of a dedicated role within the Technology Operations team will enable Vodafone to focus on improving incident management and resolution to deliver an enhanced experience to our customers,” the spokesperson added.

Applications for the position close on 13 December.