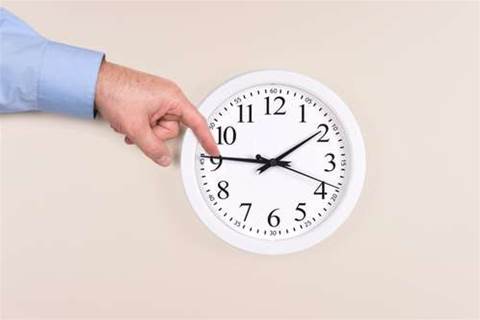 Turning back time... Vodafone kills megabyte-charging before it began.

Will instead bill prepaid customers per kilobyte used.

Vodafone has reversed a proposal to charge by the megabyte for data usage on prepaid plans after several weeks of customer backlash.

The carrier said in a statement late Sunday that it would instead charge all prepaid customers for data usage in one kilobyte increments, starting next month.

Vodafone had been caught off-guard by the level of animosity towards the introduction of per megabyte-charging.

The telco said it had surveyed "10,000 customers before Christmas" on the proposal, "and received general acceptance from customers".

The proposal has since attracted significant attention from the media and users, leading to today's rollback.

Vodafone's director of customer care Cormac Hodgkinson thanked customers "who took the time to talk to us" and urged them not to stop.

"We value customer input that helps us deliver pricing that is simple and makes sense," he said. "We are determined to show our customers we are listening."

Vodafone's revised proposal is to charge by the kilobyte with a minimum session also of one kilobyte. The change cuts across all prepaid plans and takes effect from next month.

The move is an olive branch to prepaid customers, who previously have been charged by Vodafone in blocks of between 25 kilobytes and 100 kilobytes of data used.

A Vodafone Australia spokeswoman confirmed to iTnews that there would still be no change in the dollar amount charged per megabyte. It remains at "$2 per MB or 0.2 of a cent per kilobyte", she said.

Vodafone's plan to charge for prepaid data in megabyte increments was first revealed in a Whirlpool thread in the days before Christmas.

The telco then released a short formal statement on its website in the New Year, noting it would drop free social networking allowances for prepaid customers, and begin charging for data usage "in 1MB increments with a minimum session of 1MB on all recharge plans".

A Vodafone spokeswoman told the Australian Financial Review at the time that the data price changes would help the carrier pay for ongoing network upgrades.