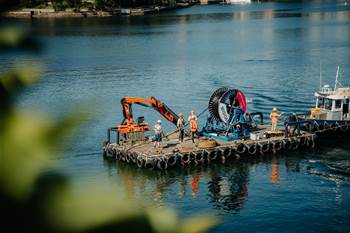 Vocus has laid a 720-fibre core cable near the Anzac Bridge in Sydney, its 12th cable that crosses the harbour either via an underwater, tunnel or bridge-based route.

The telco said in a statement that it alread had six submarine cables criss-crossing the harbour and another five routes “along road bridges and tunnels between Parramatta and the CBD”.

It said the route diversity was needed by over-the-top (OTT) service providers and data centre operators.

“The addition of this 720-core cable is the latest investment in our network infrastructure, right in the heart of Australia’s data capital, to meet skyrocketing demand for data,” Vocus Group managing director and CEO Kevin Russell said.

“For Vocus’ growing list of enterprise, government, and wholesale customers, it is more important than ever to have high-capacity interconnections between key sites such as data centres, cloud platforms, offices, warehouses, and international gateways.”