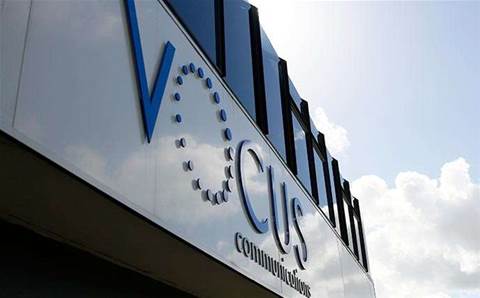 Private equity firm striking while the price is low.

Australian telco Vocus has received an offer from US private equity firm Kohlberg Kravis Roberts & Co to take over 100 percent of the company.

KKR was one of a number of private equity firms reported to be circling Vocus following its share price plunge last month.

A 20 percent profit downgrade caused Vocus' share price to tumble to less than half its value in six months.

Vocus' market capitalisation is now at around $1.8 billion compared to the $4.7 billion it was worth at its peak in 2016.

KKR has offered $3.50 per share, valuing the company at $2.18 billion. Vocus' share price is currently sitting at $2.86, having fallen 1.04 percent in early morning trade.

The share price had recovered slightly from the $2.47 it fell to following the early May profit downgrade. This time last year Vocus' shares sat at a high of $9.40.

The telco said it was assessing the KKR proposal.

Its latest forecast for a $100 million drop in revenue was blamed on declining enterprise and wholesale sales as well as the late realisation of revenue from certain big contracts.

Both issues stem from difficulties integrating the myriad businesses Vocus has acquired in recent years.

CEO Geoff Hortth last month admitted merging the likes of Nextgen Networks, Amcom, and M2 into the wider group was not going to plan.

The problems have raised the potential for a wipe-out of Vocus' management and board. Horth had been leading the telco since Vocus founder James Spenceley was forced out of the company in mid-October last year.