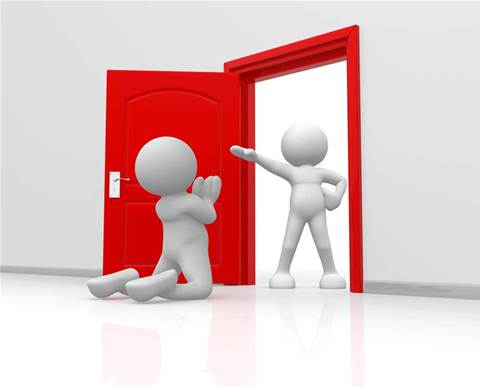 Vocus Fibre has raised concerns that it and other lessees of Telstra duct space could be forcibly evicted to make way for NBN Co.

The fibre division of the ASX-listed Vocus Communications said that while NBN Co had not publicly indicated plans to reclaim Telstra duct space, certain aspects of its deal with Telstra - combined with contractual powers Telstra held - meant the situation was "entirely plausible".

Vocus pointed to duct usability in the mainland first release site of Brunswick as a driver for space reclamation.

"News reports regarding NBN Co's rollout in the inner city Melbourne suburb of Brunswick said that a lot of the underground duct in that location was blocked and unusable," Vocus said in a submission to Australia's competition watchdog, the ACCC [pdf].

"If this is widespread, then there appears to be a reasonable likelihood that there will be areas where there is insufficient space in the ducts for NBN Co's cables unless other cables are removed.

"We consider it unlikely that Telstra will be removing any of its own cables where they can remain in use, and as such cables belonging to other carriers may be forcibly removed."

Telstra held a contractual right with duct space lessees in some instances to terminate the agreement after a given notice period, Vocus said.

Vocus also speculated that the rumoured $4 billion paid by NBN Co for a 30-year duct space lease meant the Government-backed network builder would gain precedence in instances where duct space was tight.

Vocus said that the 30-year lease amount was for more than the depreciated historic value of Telstra's entire duct network.

"Clearly, the political imperatives of rapid NBN rollout and having Telstra on board outweighed the need for a reasonable commercial deal," Vocus said.

"Again, this suggests that NBN Co will be given priority in duct space as the financial benefit to Telstra is vast.

"Though access seekers pay Telstra considerable sums for duct use, it is a very small amount compared to the amount Telstra will receive from NBN Co."