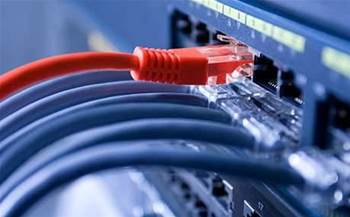 Warring parties fight over the size of the debts.

Data centre and fibre provider Vocus Communications is fighting for $1.5 million it claims to be owed by a collapsed Melbourne-based cloud hosting company, RackCentral.

The company's two largest creditors, Vocus and Melbourne-based managed services provider The Summit Group, had both issued statutory demands against the company prior to McGuane making the decision.

"Creditors were threatening legal action and bringing their own winding up actions against the company, and the director decided to do it himself," Michael Quin, associate director of insolvency practitioner Bent & Cougle, told iTnews sister site CRN.

Vocus is now disputing the size of the debt it is owed. McGuane told liquidators RackCentral owed Vocus $201,641, but Vocus says that figure is closer to $1.5 million.

Minutes from the first creditors meeting show Vocus is trying to claw back $1.48 million - representing the full value of RackCentral's contract with Vocus, cut short due to the liquidation.

The relationship between the pair is understood to have turned sour over a disagreement about pricing. RackCentral claimed that a special arrangement had been agreed, while Vocus tried to enforce its contracted rate and is attempting to recover back payments for the difference in fees.

"The contract was not due to expire until 2016 and they [Vocus] have included in their claim all the outstanding rentals for the remainder of the term," Quin said.

Complicating matters further, a new company named RackHosting - which lists the same director as RackCentral - acquired the assets of RackCentral for $18,700 in late September .

Quin - whose role is to seek any return to creditors by investigating potentially voidable transactions and insolvent trading - said any question marks over the shared director would be a matter for the Australian Securities and Investment Commission.

"Phoenix-type activity is something that ASIC looks at and we need to report to ASIC as we do on any liquidation, [but] our investigation is simply whether fair value was paid for the assets and if it wasn't, we could overturn the sale," Quin said.

Even if the liquidator did find evidence to void the transaction, it is unlikely there would be any better return to creditors, said Quin.

The director of RackCentral and RackHosting Shane McGuane declined to comment.

Got a news tip for our journalists? Share it with us anonymously here.
Copyright © CRN Australia. All rights reserved.
Tags:
collapseliquidationrackcentraltelco/ispvocus