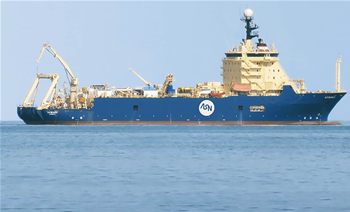 Regulated pricing for a Vocus subsea transmission link connecting Perth to Christmas Island will now be market-tested to judge whether or not it hits the mark.

The Australian Competition and Consumer Commission (ACCC) yesterday opened an inquiry [pdf] into the interim regulated pricing it set for the new link in December last year.

The interim pricing, which takes the form of a binding rules of conduct or BROC [pdf], sets a “maximum price” for transmission services on the cable based on the data rate requested, plus an “uplift” of 360 percent, which is meant to cover Vocus’ costs and hope of a return on investment.

As with all ACCC-regulated prices, it is intended as a roof in the market - useful for access seekers that, for whatever reason, may be unable to negotiate a lower price.

This uplift will now be market-tested, with the ACCC asking telcos whether its interim decision to set pricing on the route “as an uplift on [regulated] prices for equivalent services in the mainland” holds water or not.

“If the Commission adopted an uplift approach to pricing the Vocus service, what should be the appropriate level of that uplift to reflect the additional costs incurred in the construction and operation of a long-distance subsea cable, as well as the associated risks? Are there any other factors that the ACCC should take into account?” the ACCC said in the consultation paper.

The ACCC is also hopeful of gathering data on the “normal operating life for an undersea cable system”, expected maintenance and system costs, and what an acceptable normal rate of return normally looks like on such projects.

Its interim decision was informed by data gathered from Vocus and was set to “allow Vocus to recover the costs incurred in providing the services plus a normal return on the investment.”

The link to Christmas Island is a branch off Vocus’ Australia-Singapore Cable (ASC) which connects Perth to Singapore.

The ACCC also yesterday opened industry consultation around how to set prices for mainland transmission routes that fall under regulations known as the domestic transmission capacity service (DTCS).

Back in April, the ACCC said it would extend DTCS regulations for another five years through 2024, though - as it has done in past reviews - it excluded more links and areas from the rules.