Vocus asks for NBN price cuts on 50Mbps and below 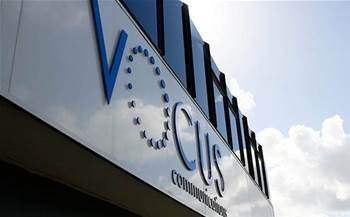 Wants pricing to be segmented and proportionate.

Vocus has labelled NBN Co’s proposed pricing changes “worse than the status quo”, and called for lower speed tier prices to be “reduced proportionately compared to the prices of higher speed tiers”.

In a submission to the NBN special access undertaking (SAU) review, Vocus warned that its high number of price-sensitive users would expose it to cost rises and increased churn, if NBN Co’s revised SAU is accepted.

NBN Co is proposing immediate price increases for popular speed tiers along with yearly increases. It will also introduce flat rate pricing - a capped wholesale charge - for 100Mbps services and above, but maintain fixed and variable charging mechanisms on 50Mbps and below, where the vast majority of its user base is.

Vocus said that with “nearly 90 percent” of its customers on 50Mbps or below plans, it would largely miss any benefit from the introduction of flat rate pricing.

It called on NBN Co to remove variable bandwidth charges on both the 25Mbps and 50Mbps tiers.

Vocus also said that NBN Co’s tiered pricing should be “segmented”, such that “the prices of lower-end speed tiers are reduced proportionately compared to the prices of higher speed tiers.”

“The higher speed tiers (250/25 and upwards) should then have comparatively higher prices and premium service levels,” Vocus said.

If NBN Co’s proposed pricing is allowed to stand, however, Vocus and other retail service providers that serve price-sensitive users could be in for a rough ride.

“For the critical NBN50 speed tier, NBN Co has proposed a substantial immediate increase in costs: a fixed monthly charge of $50 with only 2.45 Mbps of included [connectivity virtual circuit (CVC) bandwidth].

“This is an immediate price increase on two fronts: an increased monthly charge of $5, plus a further cost increase as a result of the 7.5 percent reduction in the CVC inclusion. This represents an approximately 14 percent increase in RSPs input costs.”

Vocus said past experience had shown its customer base were not prepared to accept cost rises of the magnitude that NBN Co is seeking.

“Many of our Dodo customers are not willing to pay more for their NBN service,” Vocus said.

“In 2021, following a $5 increase on our NBN50 plan, we had an increase in our churn rate of 30 percent compared to the previous six months.”

Vocus warned that RSPs “that over-index in the price-sensitive market will continue to wrestle with higher risk and complex variable usage charges” under NBN Co’s proposal.

“These pricing pressures will constrain their ability to compete and may push some RSPs out of the market,” it said,

“In contrast, NBN Co’s proposals will deliver more price certainty for those RSPs that target high usage high speed customers or customers with a greater ability to pay.”

Vocus CEO Kevin Russell said in a statement that the revised SAU should ultimately be rejected.

But he also went further, and called for a reset of NBN Co’s statement of expectations; with the change of government, it is likely that this document will be revised at some point in the future.

Russell said that NBN Co should still have conditions that allow it to maintain its network and its credit rating.

That is a theme across other submissions to the process as well: RSPs have long disputed the costs that NBN Co has incurred in the process and the extent to which they are “efficient” and therefore recoverable through higher prices.