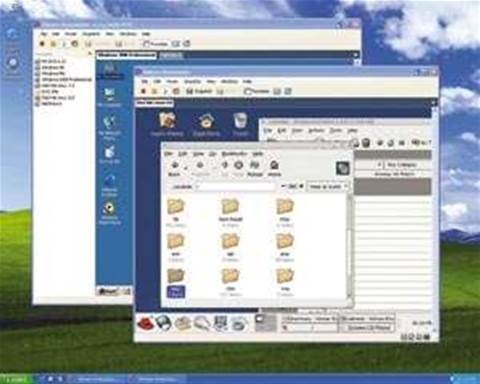 VMware has announced updates to its Fusion and Workstation products, claiming to offer improvements across the board.

VMware Fusion 3.1 is a free update for current customers, and promises to increase performance when running Windows on a Mac computer.

"We are excited to deliver the fastest and most reliable Windows on Mac experience available with VMware Fusion 3.1," said Pat Lee, director for personal desktop products at VMware.

"Customers asked for better graphics performance and more speed for their Windows applications, and we incorporated their feedback to deliver significant performance gains without disrupting reliability."

The graphics improvements have earned it support from Autodesk, which has recommended its use for AutoCAD 2011.

Fusion 3.1 has additional support for eight-way symmetric multiprocessing, and an increased virtual hard disk size from 950GB to 2TB.

"Workstation 7.1 provides the best way for technical professionals to quickly learn about Windows 7, check application compatibility and test corporate images all on their PC," said Lee.

"Workstation's excellent Windows 7 performance and integration makes it easy for technical professionals to learn, test and demo new platforms and technologies like Windows 7, Microsoft Office 2010 and SharePoint 2010 without disrupting their current PC environments."

The Fusion and Workstation upgrades are free for current users, but new adopters will have to pay.

Got a news tip for our journalists? Share it with us anonymously here.
Copyright ©v3.co.uk
Tags:
current fusion performance software virtual vmware windows