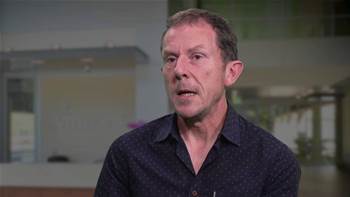 VMware’s chief technology officer for Asia Pacific and Japan, Bruce Davie, has left after almost four years in the role, with his replacement based in Singapore rather than Australia.

Davie revealed the move in a LinkedIn post on Tuesday, which was also his last day at VMware.

“Today marks a new chapter in my career, as I move on from eight-plus years at VMware, and 32 years of working for tech companies, to a new phase focused on education and knowledge sharing,” he wrote.

“We have three books in various stages of production at this point: our general text (Computer Networks: A Systems Approach) as well as a pair of more specialised books on 5G and SDN.”

Davie - who is Melbourne-based - will be replaced at VMware by Guru Venkatachalam, formerly vice president for cloud architecture in VMware’s Office of the CTO in the region.

Venkatachalam, who is based in Singapore, updated his LinkedIn profile to reveal he had taken on the vice president and CTO for APJ vacated by Davie back in August last year.

It is understood that Venkatachalam and Davie worked together through a transition period before Davie’s exit on Tuesday.

Davie came into the CTO role following time in the United States spent in CTO and engineering roles at VMware, Nicira and Cisco. Nicira was bought by VMware in 2012.

Systems Approach is publishing its works through a website and blog.