VMware profit declines by more than half 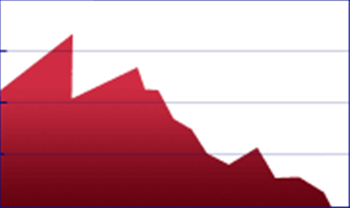 It attributes the profit fall to its US$356m (AU$384m) purchase of cloud computing technology firm SpringSource earlier this month.

While revenue was US$490m, a slight increase of four percent on 2008's figures, profit at the firm was US$38m, down from the US$83m reported for the same period last year.

Despite this, the company said it has "improved visibility" into the business and hopes the next two quarters will "follow seasonal patterns".

Expectations for fourth-quarter revenue range from US$540m to US$560m, ahead of the US$523m it predicted.

“VMware is well positioned to offer its customers a superior platform for both private and public cloud environments," said the company's president and chief executive officer, Paul Maritz.

"As our portfolio grows in the fourth quarter with the anticipated release of VMware View 4 for the desktop, we expect customers to increasingly turn to VMware to help them simplify IT.”

Got a news tip for our journalists? Share it with us anonymously here.
itweek.co.uk @ 2010 Incisive Media
Tags:
bydeclinesfinancehalfmoreprofitserversoftwarethanvirtualisationvmware