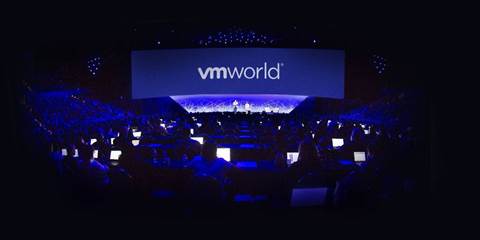 VMware has created a new security-focused version of its flagship vSphere product.

Dubbed “VSphere Platinum”, it bundles in the company’s AppDefense security product, which relies on whitelisting to verify a virtual machine is behaving as expected and shuts them down if malware or other circumstances see them deviate from pre-defined templates.

AppDefense debuted in 2017 and has been a decent success since.

But VMware has now put it front-and-centre by both integrating it with vSphere and giving buyers of the new Platinum package US$10,000 in credit for its cloud running on Amazon Web Services if the buy at least five licences.

VMware feels that the hundreds of thousands of vSphere users are ripe to adopt its security product, and are betting the Platinum bundle will prove tempting by offering integrated security.

Among the other announcements on day one of the company’s VMworld conference was news that VMware’s Horizon end-user-compute services now operate from Australia.

Citrix cannot, however, match the newly-announced ability for Horizon to instantly clone itself to VMware-on-AWS for disaster recovery purposes or to handle bursty workloads. This feature is a “preview” for now.

The company’s Workspace ONE end-user service also evolved, notably with the ability to pre-provision Dell PCs with the software and legacy Win 32 Apps. VMware thinks that team-up will be appreciated by organisations that need to preserve old Windows apps, but want managing them to become easier.

VSAN and vSphere each reached release 6.7 Update 1, which for vSphere means the debut of a feature-complete HTML 5 client and thereby ends a long wait for a full web client not dependent on Adobe’s leaky Flash plugin.

The vRealize range of tools has also been updated to allow consistency of vSphere operations across multiple public and private clouds.

That said, the VMworld 2018 Content Catalog still contains mentions of a new blockchain product, and VMware has dropped hints it has made that technology more efficient for over a year now.

Simon Sharwood traveled to VMworld as a guest of VMware