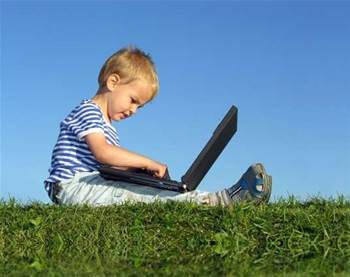 Unwired will build and operate Australia's first 4G wireless network in Perth, but the services will be marketed to consumers through a new Seven Network retail company called Vividwireless.

Vividwireless chief executive Martin Mercer told iTnews the company had been "on the ground" in Perth deploying the $50 million network for the past two months.

Consumer services with peak speeds "in excess of 20Mbps" and average speeds of at least 4Mbps were expected to be available from March 2010.

There would be the option of contract-free plans and there would be no excess usage charges, according to Mercer.

"There will be no surprises on the bill," he said.

Mercer said Vividwireless had inked an agreement with Unwired to design, build and operate the network, which will be based on Huawei WiMAX technology.

"The view [of the Seven Network] was to get Unwired to focus on their core area of expertise which is building and operating wireless networks," Mercer said.

"The Unwired [retail] brand is associated with pre-WiMAX technology, whereas 4G is a fundamentally different service delivered over different infrastructure.

"The view was that a new brand was required to differentiate the 4G service from the [existing] Unwired service. The structural decisions flowed from that."

Perth had been selected as the initial location "because it is a rapidly growing market with strong economic fundamentals, as well as being a market currently under-served by broadband infrastructure," the company said in a statement.

Mercer said while Vividwireless was focused 100 percent on the Perth rollout, they hoped to take the network nationwide.

"We want to test the value proposition and explore a range of funding options before we turn our attention to a national rollout. Right now it's wait-and-see."

Vividwireless had selected its billing and customer relationship management systems, but a formal announcement on the suppliers was not expected for two weeks.

Vividwireless would establish a call centre in Perth and hoped to have a team of 50 by the launch date.

Mercer had been in the chief executive role for seven weeks. He was formerly the executive director of marketing for Telstra's consumer business.