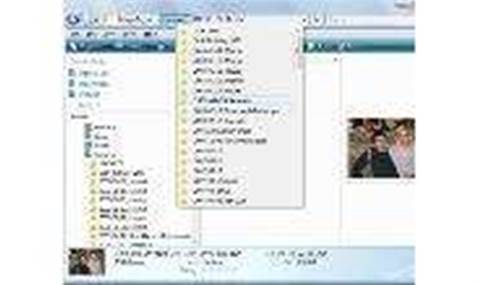 Microsoft's latest efforts to persuade customers to upgrade to its much-maligned Vista operating system have met with a cool response from users.

Historically, Microsoft's first service pack for one of its marquee products – such as Windows – provides the impetus for users to upgrade. As Gartner analyst, Stephen Kleynhans recently noted, customers see SP1 as the sign that the OS has reached maturity and is ready for enteprise deployment.

But even the offer of free support for using installing Vista Service Pack 1 (SP1) and tools to lower implementation cost, the user response has been one of stony indifference.

Vista SP1 includes a number of fixes for bugs that have plagued the operating system, as well as improved support for drivers. It initially became available to download from Microsoft's website and will be included as part of the Window's Update feature from mid-April.

But with some users reporting initial problems with installing Vista SP1 – from problems installing the software from Microsoft's website to unexpected spikes in memory usage once SP1 was installed – the company was quick to offer customers help manage the upgrade.

Business users can download the "Microsoft Deployment Toolkit 2008", a unified set of tools and processes which Microsoft claims can cut the cost of upgrading from US$300 per PC implementation to just US$35.

Despite these efforts many users remain reluctant to upgrade to Vista. According to a recent survey by open source enterprise content manager provider Alfresco Software based on its 35,000 customers, only two percent had upgraded to Vista, compared to 63 percent using XP and 28 per cent remaining on Windows 2003.

And while SP1 may have alleviated some of the driver support headaches, many business users would not be persuaded by SP1.

"The cost is not the major factor holding larger organisations back. It is more the complexity of implementing Vista on a large scale," said Jes Seymour, a consultant at service company IT Insight.

Meanwhile a spokeswoman for blue chip user group The Corporate IT forum suggested that many businesses will already have finalised plans for upgrading to Vista – if SP1 was now to have any impact, it would only be to delay upgrades yet further. "In the corporate world lifecyles are set and planned far in advance," she said. But they may "wait and hear about the impact of SP1 before they upgrade to Vista."

"Even SP1 would not convince us to upgrade," said Alexis Wood, IT production manager for dating company Allegran Ltd. "Upgrading to Vista would effect our productivity levels."
Got a news tip for our journalists? Share it with us anonymously here.
itweek.co.uk @ 2010 Incisive Media
Tags:
fails migration software sp1 spark to vista